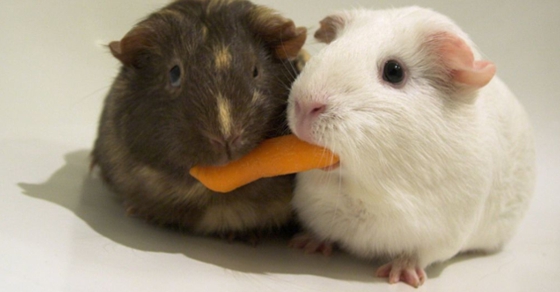 Many investors ask about the cost-benefit analysis of financial planning. Fee-only advisors can claim their compensation is straightforward and easy to understand. In contrast, commission-based advisors, due to their complex billing, are hard pressed to provide you with your true costs. Thus you may already be paying more than you realize.

Many financial professionals earn their living through the products they sell. They load their investment products with commissions and then find gullible investors to buy them.

The most obvious commission-loaded mutual funds are A-Shares. A front-end sales commission is deducted from whatever money you put into the fund. The salesperson posing as your advisor pockets this charge, often around 5.75%.

The High Cost of A-shares

The deceptive marketing of A-shares suggests that whereas other advisors charge 1% every year, you only get charged a one-time fee of 5.75%. The salesperson convinces you that if you hold the shares more than six years, you are getting a better deal.

But this suggestion represents a very poor exchange. By purchasing the fund, you are trading six years of comprehensive wealth management for a one-time commission and no service.

A-shares also usually have higher ongoing fees than the low expense ratio mutual funds we select for our clients.

For example, one of the largest funds in the world, American Funds Growth Fund of America, has $75 billion in assets. Its A-Shares (AGTHX), in addition to a 5.75% front-load commission, have a 0.66% expense ratio.

A comparable fund that does not have the front-load commission is Vanguard’s Growth Index Fund (VIGAX). It has an expense ratio of only 0.09% and has offered better returns for the past decade.

After 12 years of AGTHX, you will have paid just over 12% in fees and received nothing other than inferior returns.

The Surrender Charge of B-shares

If you don’t want A-Shares, you can buy B-Shares that have a back-end load sometimes called a surrender charge. If you sell the investment early, you must pay this charge that usually starts at several percent and then gradually decreases.

The surrender charge is touted as a feature because it discourages you from tapping into your savings. But this suggestion is absurd. Rule 6 of our principles for safeguarding your money is “Recognize and avoid financial hooks.” Any financial product with a large surrender fee has financial hooks.

Financial hooks hold you hostage to a poor investment idea. While you are captive, you experience higher than normal annual fees and inferior service. Without a way to extricate your investment, you are stuck for years.

Salespeople who push B-Shares may also suggest you reinvest all your interest and dividends back into the fund. Every reinvested dividend can’t be sold without paying surrender charges for an additional seven years, making the financial hook perpetual.

During the seven years of lockup, you will have paid 9.24% more to AGRBX than you would if you had invested in VIGAX. And you would have received an inferior return.

Annuity products work similarly to B-Shares. They often have a seven-year surrender charge coupled with much higher than normal annual expenses, often exceeding 2% because of the layered life insurance product fees.

Hedge funds can also have a lockup period where you are not allowed to withdraw money from the fund. They typically charge 2% plus 20% of any gains in the account.

The Ongoing Cost of C-shares

For customers who don’t want to pay a sales commission and want to sell their investments without paying a fee, mutual fund salespeople have a fund class called C-Shares.

C-Shares have a continuous fee so customers are gouged every year. For example, consider the Growth Fund of America C-Shares (GFACX) with an expense ratio of 1.45%. Compared to VIGAX, you would be paying 1.36% extra every year for inferior returns.

Mutual fund salespeople are adept at determining what you are wary about and then steering you to one of the other choices. They get paid no matter which of the three you choose. But all three are a bad idea.

There is no “fee-based” terminology when a firm files with the Securities and Exchange Commission (SEC). The SEC requires firms to specify all the ways they are compensated. Fee-only advisors may check “a percentage of assets under your management,” “hourly charges” or “fixed fees.” But what they won’t check is “commissions.” You can determine if advisors are fee only by checking their SEC filing to see if they have checked “commissions.” If they accept any commissions, they are not fee only.

Fee based is a way for firms to pose as fee-only advisors. Their campaign to muddle and mislead is working. Most clients are confused about these differences between financial advisors and don’t care to learn. Rather than call these firms “fee based,” we describe them as “commission based.” We invite others in the financial news industry to adopt this more transparent terminology.

Fee-based advisors are sneaky. They can charge a much smaller fee than a fee-only advisor while actually taking more of your money via commissions.

As part of their expense ratio, many mutual fund companies have a marketing fee. They use this 12b-1 fee to pay commission-based advisors who are willing to sell the fund to their clients. The typical 12b-1 fee is 0.25% because even with this level of fee they can still be categorized as a “no-load” mutual fund.

The Growth Fund of America Class F-1 (GFAFX) has an expense ratio of 0.69% that includes a 12b-1 service fee of 0.25%. Many commission-based advisors suggest that getting paid this way means they can offer investment advice to small accounts. They are willing to spend a little time upfront to receive perpetual 12b-1 fees on what they hope is a growing investment portfolio.

Note that although the commission-based advisor receives the 0.25% annual service fee, you are paying 0.60% more than you could have received in VIGAX. It wasn’t the best suggestion for your initial investment. And you don’t receive any ongoing advice for this additional annual fee.

From the mutual fund’s perspective, it is worth paying advisors a 0.25% marketing fee to incentivize their selection of a fund that even without that fee earns them 0.35% more than Vanguard’s similar fund.

From the commission-based advisors’ point of view, it is better to put you in a fund where they can make an additional 0.25% beyond the regular fee they are charging you.

Unfortunately, neither the fund nor the commission-based advisor has a strong incentive to do what is better for you and minimize your expenses.

Commission-based advisors often justify using funds like these instead of lower cost alternatives by arguing that you get what you pay for. Then they suggest the Growth Fund of America has a proven track record.

This argument is fallacious. Sometimes they compare the fund’s return to a index that is less aggressive than the fund’s actual investments. American Funds compares the Growth Fund of America to the S&P 500 Index where it is beating that index. But the fund is currently invested 50% in large-cap growth, whereas the S&P 500 has only 29% in that style. It would be more accurate to compare the fund against the S&P 500 Growth Index, against which it would be underperforming.

Although most actively managed mutual funds underperform their indexes, some funds actually beat their index through random variance. Mutual fund companies start lots of funds and then wait for five years and random chance to determine the winners with superior track records. At that point, poorly performing funds are dropped, leaving a mutual fund company with a stable of all winners.

This ultimately results in a mutual fund company only having funds that either have outperformed their indexes or are new creations. But in the meantime, their fallacious advertising hides their constant dropping of funds because of their underperformance. Although all of their long-lasting funds are winners, you have no way of knowing whether the fund they are selling you is one of the funds that will be dropped because of underperformance over the next decade.

We have used American Funds Growth Fund of America as an example only because it is one of the largest mutual funds. Because of its size, it has lower expense ratios than many other funds. Since it is one of the better funds, we are not picking an obscure fund simply to make our point.

We know that expense ratios matter. And we believe even an average investor with typical investments is already paying 0.46% more than needed. Many investors are paying closer to 1.09% more, all the while thinking they aren’t paying anything for the advice they are receiving.

Many people pick their financial advisor based on social relationships without examining  how the advisor is compensated and the quality and objectivity of their advice. As a result, they may not even know what they are paying in the layers of fees and expenses on their investment choices.

Savvy investors know what they are paying for financial products and advice. It is also critical to have a financial advisor who has every incentive to reduce those costs where most appropriate.