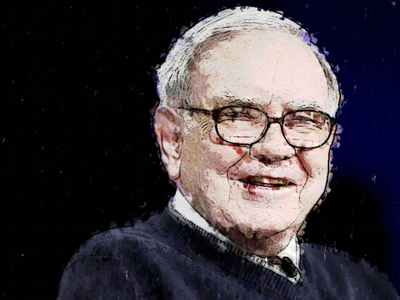 Before I entered the wealth management field, I was in awe of hedge funds. Their allure was only heightened by their restricted availability.  My wife and I do not qualify as an “accredited investor” and so I was left to observe these elite opportunities from afar.

As I began to review the data, their mystique has worn off. The fees in these funds typically run 2 and 20.  This means investors pay 2% of assets under management and 20% of any gains.  Even the least expensive hedge funds charge many times a comparable portfolio of index ETFs.

Many argue that you should be willing to pay more for the best money managers in the world.  John Paulson took on elite status in the world of finance for generating eye-popping returns by betting against the sub-prime housing sector just before the crash. More recently, his dismal performance is a good reminder that past performance is no indicator of future success.

Eye-popping returns should be a warning signal that the manager is willing to take above average risks. This point gets lost in the dialogue because poor performing funds get dumped in a graveyard of forgotten returns. The standard hedge fund tracking indexes have been criticized for excluding these poor performers which is also known as “survivorship bias”. It’s like estimating the average height of the Chinese population by taking an average of height of Yao Ming and fellow Chinese playing in the NBA.

Hedge fund-of-funds have a second layer of fees.  These advisors get paid to identify the best hedge funds but their results are also suspect. It turns out that many studies suggest that elite funds underperform a diversified portfolio of plain vanilla stocks and bonds.

Warren Buffett decided that these odds were worth wagering. Bloomberg reports,

Warren Buffett made a friendly bet four years ago that funds that invest in hedge funds for their clients couldn’t beat the stock market over a decade. So far he’s winning.

The wager that began on Jan. 1, 2008, pits the Omaha, Nebraska, billionaire against Protégé Partners LLC, a New York fund of hedge funds co-founded by Ted Seides and Jeffrey Tarrant. Protégé built an index of five funds that invest in hedge funds to compete against a Vanguard mutual fund that tracks the Standard & Poor’s 500 Index. The winner’s charity of choice gets $1 million when the bet ends on Dec. 31, 2017.

Buffett’s argument is that funds of hedge funds cost too much, according to a statement he posted on longbets.org. Bloomberg reports that Buffett is up 2.2% and the “elite” hedgies are still down 4.4.%.

Buffett estimates that he has a 60% chance of winning.  This is in line with statistics suggesting that low cost funds beat high cost funds more than half the time.

This may sound disappointing to some who prefer to believe that the stock market can provide a quick path to fortune.  Whether Buffet wins this bet or not, he’s played the game long enough to know by sticking with low fee investments, the odds are in his favor.

Investors should be extremely cynical of any investment strategy that claims to clobber a balanced portfolio of stocks  and bonds. The stock and bond markets are an excellent resource to the disciplined investor. However, you need to stick by a simple set of rules before joining the competition. Start by avoiding any investment that has fees over 1%.