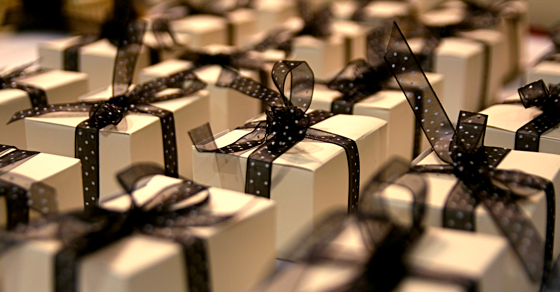 Americans give over $300 billion to charity annually. One of the best tools developed over the past few decades to help facilitate this generosity is the rise of Donor Advised Funds (DAFs).

The first DAFs were set up in the 1930s, but they did not become popular until financial services companies made them available to a mass market in the 1990s.

Donor-advised funds are public charities of their own. They are vehicles for receiving gifts, usually of appreciated stock, and then distributing cash grants to other charities. They make the process of transferring appreciated stock and designating checks to be written as simple and easy as a bank’s bill-pay system.

All DAF donors receive a charitable deduction on the date of transfer. You can transfer stock during one calendar year and receive a tax deduction even if the DAF’s distribution of grant money to a charity is not completed until a subsequent year.

According to IRS rules, the value of your donation should be computed based on the average of the high and the low price in the markets during the day of transfer. You are responsible for computing this value on your own.

After receipt, the stock you have gifted is sold. Since the DAF is itself a charity, it pays no tax on any capital gain realized.

The proceeds may remain in cash or you may direct the fund to invest those assets in mutual funds in the hopes of additional appreciation. Any subsequent change in the value of the account does not change the amount you can deduct on your taxes. Your deduction is based only on the value computed the day your stock was transferred into the DAF.

Once the account is funded, the donor can suggest to which charities the fund should distribute assets. This is the “donor advised” portion of the DAF. As an advisor to the fund, you are allowed to direct the charity to distribute assets in your account to qualified charities.

There is often a minimum amount for the suggested grant, such as $50.

Officially the assets are the property of the DAF. The DAF is not legally bound to use the assets as you direct. While in theory a DAF could decide differently, in practice it would be highly unlikely for a DAF to fail to follow the donor’s advice.

After you have suggested an amount to gift and a charity to receive the gift, the DAF will vet and process your suggestion. Often they will vet your suggestion to insure that they are a public charity under section 509(a)(1), (2) or (3) of the IRS code. This review helps to justify the DAF’s control of the assets and legitimizes the DAF in the eyes of the IRS.

Unlike private foundations, DAFs handle all the record keeping and due diligence. They can even protect a donor’s identity if you want to make grants anonymously.

Currently, donor advised funds have about $45 billion in assets which have been donated but not yet distributed. To put that in perspective, the Bill and Melinda Gates Foundation has about $38 billion in assets.

As of December 2013, there are more than 1.8 million IRS-recognized private charities in America with more being created. Many of them serve the same functions as state and federal agencies. They are safety nets for the poor, services for the unemployed, homes for the homeless, and more. Their work often has better outcomes for society than their government-run counterparts.

Politicians ought to welcome the presence and help of these agencies as well as remove any roadblocks in the way of the public funding these altruistic causes. However, in 2013, Democrats pushed through personal exemption phase-outs which limit tax deductions for those with high incomes and effectively started taxing donations to charities made by high wage earners at a rate of up to 3%.

A quick thought shows the unfortunate consequences of this action. High wage earners are the people who have enough margin in their budget that they are able to give to charity. Taxing them on even a portion of the money they so virtuously give to charity only hurts the charity as they may have to hold back some of their gift in order to cover the additional taxes.

There are five ways that both you and the government could make charitable giving more significant.

First, incentivize giving. The government should go back to providing tax exemptions on gifts to charity without phase-outs. A charitable gift is money you no longer have. If the federal government wants to encourage charitable gifts, they should not consider it when calculating your tax owed.

Meanwhile, you should take advantage of tools that foster a generous heart in you. That might be a donor advised fund, because of its automatic depositing options or easy process of giving appreciated stock.

Second, focus your effort. Rather than trying to do everything by itself, the government would do well to concentrate its efforts on helping the handful of causes that suggest a government solution and leaving the rest to private charities and private donors.

Passionate giving is more sustainable than spreading donations to every good cause or everyone who asks. For this reason, you too should consider focusing your giving to just a few charities. Think through why you are giving and what you are passionate about, then concentrate your efforts there.

Third, fund programs that have the greatest effect for the smallest amount of money. For governments, legislation that encourages free market competition is nearly free and has a huge effect in the long term. For donors, clean water projects are an example of tremendous long term life improvement for small costs.

Fourth, focus on long term effects. A lot of government’s charitable efforts simply treat the symptoms rather than the problem. If the government is going to participate in charity, it should try to change the institutions that are creating the problem, rather than just mitigating the consequences. We, as donors, can do the same thing by focusing on the long term. For example, micro loans for economic development are often better than outright handouts.

Fifth, include the next generation. The government should put into place laws which incentivize giving so that those virtues continue into coming generations and our charitable institutions are strengthened for the next generation. You too should consider including your children in the process or even help them gift some of their own money. If nothing else, it can be a lesson in the virtue of being generous.