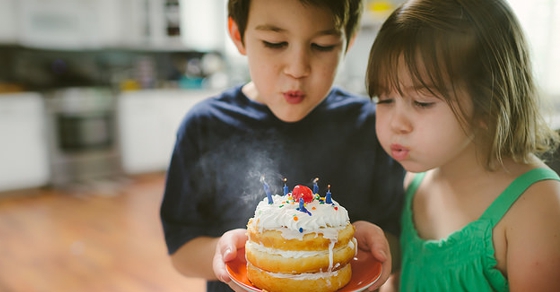 The new holiday cliché is to complain about hyper-materialism. Everyone is objectified, these critics say, reduced to goods bought and sold in the marketplace by corporate America. That’s Christmas in their minds: the wolves of Wall Street devouring the lambs of Main Street on Black Friday.

Many blame capitalism for this consumerism. To escape the corporate slaughter of consumers, they infer that capitalism must be put on trial. Never mind that the definition of capital is consumption deferred, not advanced.

De-materializing is often regarded at a near spiritual level, extolling minimalism as a way of life if not a religion. Followers of this creed support the No-Gift Christmas movements and label as “useless possessions” what many people cherish. Sometimes, overriding property rights entirely with socialism, or something akin to it, is touted as the solution.

All this occurs because companies profit from our gift-giving practices.

But gifts and gift giving help shape our identities. Those so-called useless possessions may have literally made us who we are in at least three ways.

Everyone changes social identities. Over the course of our lives, we pass through the roles of infant, student, professional/worker, retiree, bachelor, spouse and widow. At each transition, we experience what anthropologists call a liminal state.

Liminal (Latin for “threshold”) describes the transition when something or someone is poised between two contradictory descriptors, neither fully one nor fully the other.

This liminal state is most familiar to those in a serious romantic relationship. Perhaps you have talked about getting married but aren’t yet engaged. Instead, you are hanging in limbo, waiting for something to push you back toward singlehood or onward toward engagement.

Through ritual you acquire your new identity, and in America almost all our rituals center around gift giving. Birthday, graduation, wedding, baby shower and retirement are all examples of American gift-giving rituals that literally change people’s identity, advancing them forward from a liminal state.

The gift of the diploma shifts a student to a graduate. An engagement ring changes a girlfriend to a fiancée. A lab coat makes a medical student a health-care professional. A gavel takes a board member and renders her a board chair.

In America, the ritual of the gift changes your identity and society literally gifts you a new way of being treated.

Without the ritual of the gift, you won’t have a clear social identity accepted and confirmed by members of the community, and then you get stuck. You cannot function well in your new role because that role hasn’t been sanctioned in your community. However, you also can’t revert to your old role. The ambiguity can be debilitating. But gift giving can end the suffering.

In the movie “The Waltons,” John Boy wants to be a writer instead of a farmer like his father. In a well-loved scene, the father affirms his son’s potential career path by giving him a simple gift at Christmas: paper and pencils. The ambiguity for John Boy is resolved with this simple present.

The ceremony of gift giving can push people through the awkwardness of the threshold into a new role.

Gifts also strengthen the bonds between people. We all have a longing to be known, understood and loved by our community. The best gifts meet that need.

Long ago, we adopted the rituals of the Victorian gift economy where gift giving was understood as a moral act. That era gave birth to the idea that “It’s the thought that counts.” Now the perfect gift in our culture communicates immaterial sentiments.

John Boy didn’t need paper and pencils, but the gift was glorious because of the immense sentiment and understanding behind it.

The ability to find the perfect gift and demonstrate your intimate knowledge and love is rare. Studies suggest that for every $10 you give in gifts, as much as $3 gets lost because the recipient would not have paid as much as you. This disparity is called deadweight loss and has promoted the idea of giving a gift that can be easily returned or exchanged. It has also justified the increase in gift cards.

Obviously, the most liquid gift is cash, but any practice that turns gift giving into a mere exchange misses the purpose of giving.

Gifts can say so much–from “I want you to be a writer” to “You are worth the cost.” Reducing gift giving to just an object or an exchange overlooks the sentimental power that we give to material goods.

A third use of gifts is to help direct the future of someone in your community.

When we provide famine relief to North Korea, it is a gift they want to receive. But when we send them a copy of the Bill of Rights, it is a present we want them to have. It is a way of saying, “Here is what I think you should want.”

Sometimes our presents are imaginative. They reflect how we see the recipient or where we want to see the person. We give nice clothes to someone we think could dress better. We give exercise equipment to someone who is out of shape. We give a book to challenge someone’s assumptions.

These presents carry with them a great deal of love. They have the ability to communicate, “I love and care about you and your future enough to have thought about what you should become next.” It is the love of connecting myself and my future with you and yours.

The beauty of community is in these connections, offering advice and direction. Within a thriving community, ordinary gifts like these are given every day. Parents provide for their children. Friends share their time and affection. What is true about gift giving at Christmas also applies every day.

Perhaps it is because gifts can be filled with such spiritual meaning that we feel pressured at holidays to find the perfect gift. We know our efforts will fall short of expressing our love and concern. Then we become fearful of acknowledging the power of our gift, and we swing the other direction to minimalism.

But our efforts to love people should not be dismissed as consumer commercialism. Gift giving is a wonderful and powerful tool our society would do well to relearn how to use and appreciate.