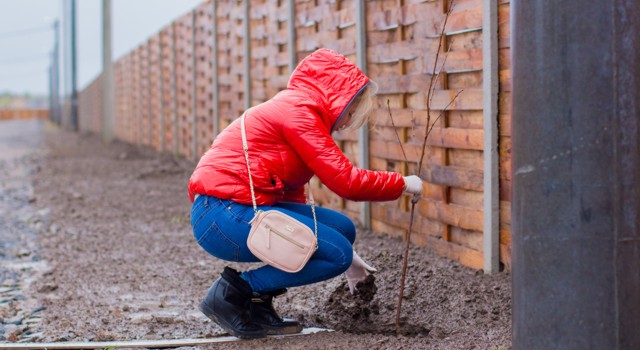 There are always those who discount the power of having a diversified portfolio in favor of putting everything in whatever is going to go up the most. These suggestions are usually only made after one investment has already gone up the most and the time period (1, 3, 5 or 10 years) is carefully selected to prove their point.

So it is with W. Ben Hunt’s article “Things Fall Apart (Part 2) ” in which he writes:

For a decade now …

And if that weren’t enough, here’s the kicker that’ll get everyone mad at me, because it challenges the central tenet of the Church of Modern Portfolio Theory.

It is a fact that diversification has failed us for a decade.

The entire edifice of diversification and Modern Portfolio Theory is built on a simple and powerful idea – that it is meaningful to talk about uncorrelated asset classes and factors with positive expected returns.

There are at least four things wrong with Hunt’s statements.

First, notice that Hunt is measuring the past decade and he puts “decade” in italics as though it is an amazingly long period of time during which if factor investing were going to work surely it would have worked.

But as we wrote in “Your Investment Manager’s Politics Matter“, “even 10 years is not long enough to determine a fund’s statistically superior performance.”

And as we wrote in “How Long Should I Give An Investment Plan?“, “Even 30 years is not long enough to judge which investment will have a higher mean return for the next 30 years. For example, we recently had a 30-year time period where long term bond returns beat the return for stocks.”

And finding statistically superior factors may require as long as 65 years of data.

Second each bullet point in his list ends with “… waaay underperformed the S&P 500.” If you have a diversified portfolio, whatever category performs the best over a given decade, you could claim for each of the other categories that they “waaay underperformed the winning category.” Returns are volatile and vary wildly. The winning category often wins by a significant amount.

However, even when it wins by a significant amount, sometimes the actual monthly returns and the rebalancing bonus means that you should still diversify, as we explain in “Should My Portfolio Asset Allocation Include Emerging Markets?”

Third, based on his political views and just ten years of returns, he now believes that winning stocks are going to exclusively be “all US large-cap stocks all the time.”

Since the last presidential election, I’ve seen a number of both advisors and investors that think that everything about investing and economics is different. Some like Hunt think that the very fabric of society has fallen apart while others believe that we are in a gold age of economic prosperity. As we wrote in “Talking Politics With Clients“, “The return of the stock market has very little to do with what happens in Washington D.C.”

Finally, Hunt claims that it is meaningless to talk about uncorrelated asset classes and factors with positive expected returns simply because one category, the S&P 500, did well over the past decade.

Here are the returns of various indexes (Mid Cap, S&P 500, Small Value, Foreign Developed, and Emerging Markets) over the past decade: 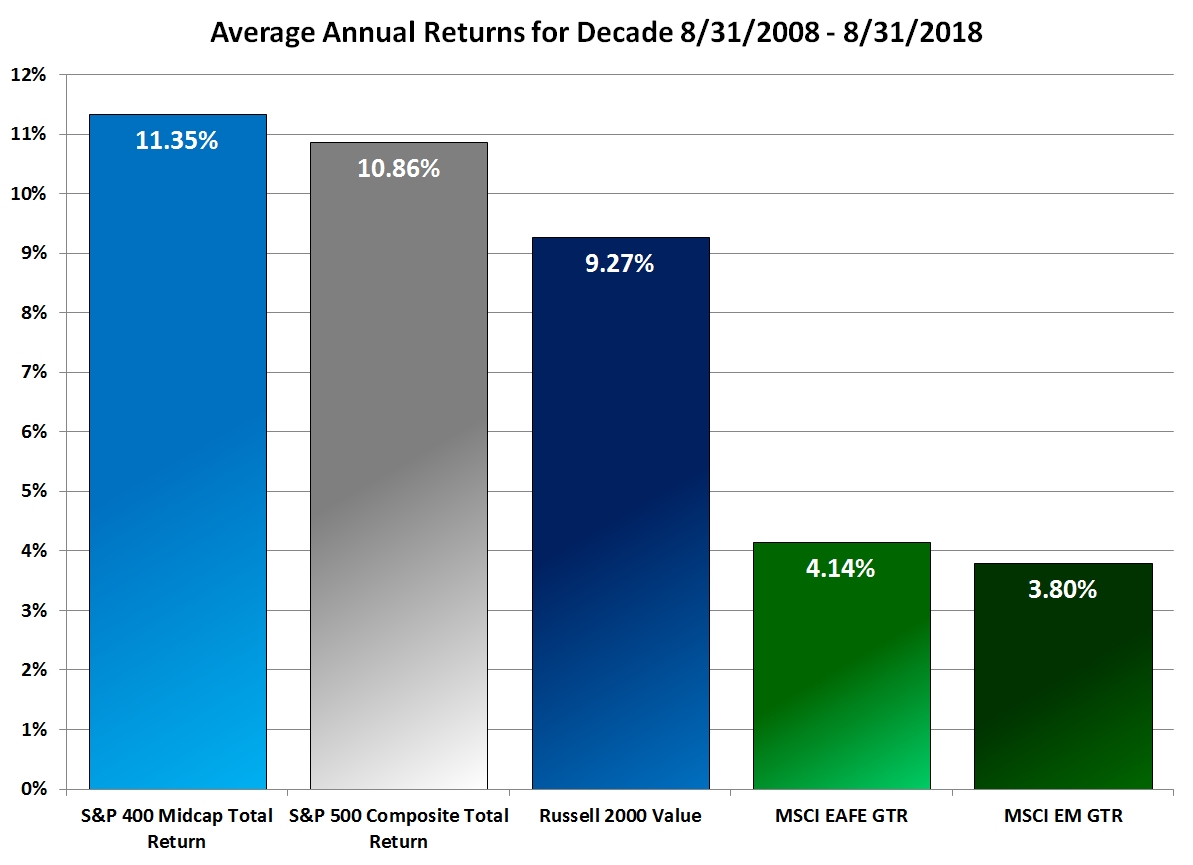 But you get a very different view when you look at the decade before the most recent decade: 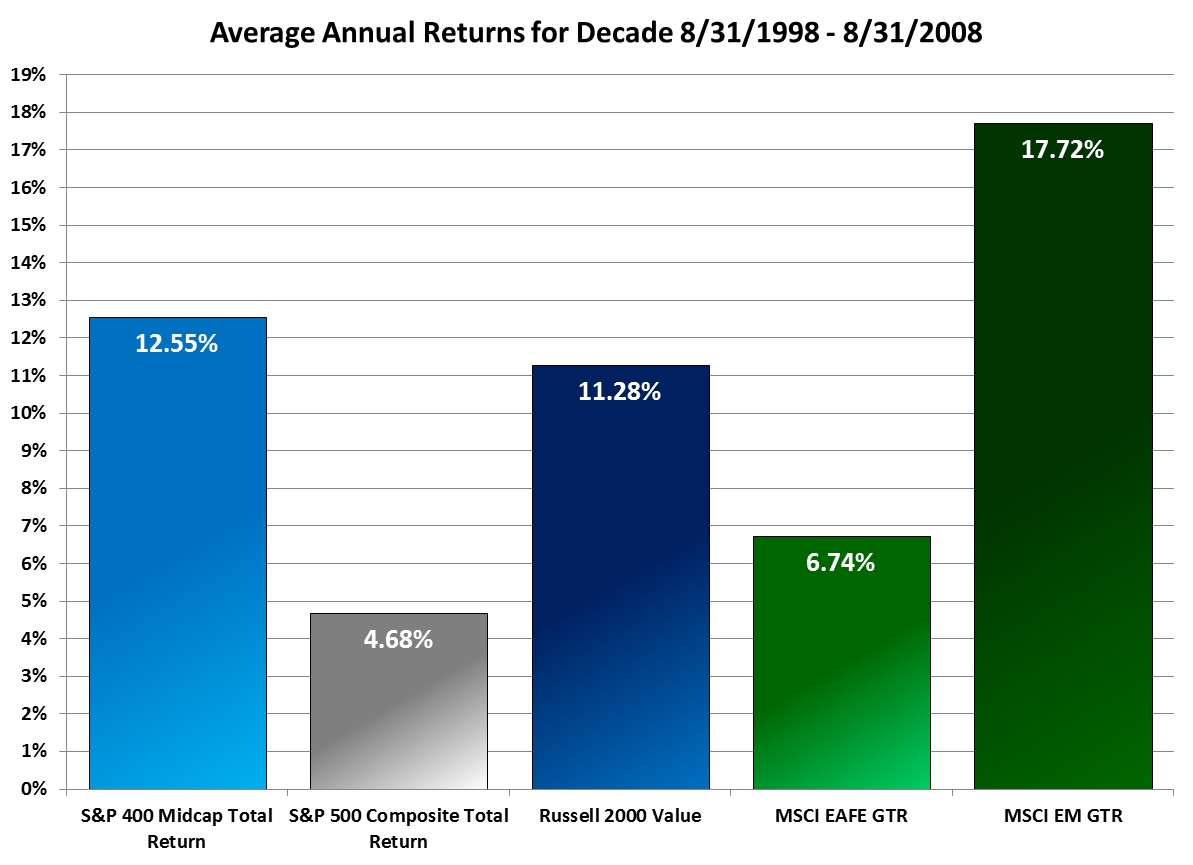 In the decade prior to the most recent decade the S&P 500 “waaay under performed” nearly every other index. In fact, the S&P 500’s 4.68% annual return under performed the 10.59% average for these five indexes by a whopping -5.92%. Had you been nicely diversified over the past 20 years you would have had a higher and less volatile return than had you been invested entirely in the S&P 500.