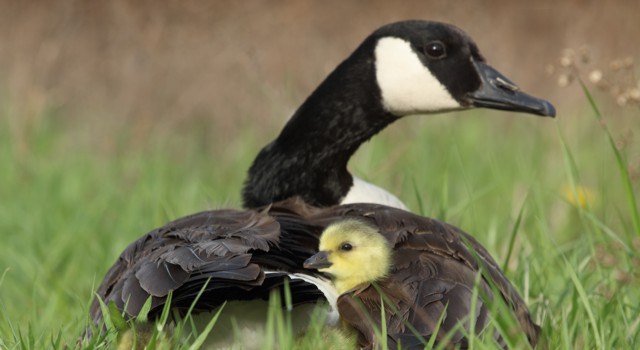 Money markets have been around since 1970 when Bruce Bent created “The Reserve Fund”, as it was called, to offer investors a way to preserve cash liquidity and still earn a small return. Today 18% of all mutual fund assets are invested in nearly 900 money market funds.

Money market funds are a type of mutual fund that seek to keep their share price at exactly $1.00. Consumers gain interest earnings plus the stability of getting their principal back. Unlike other mutual funds, money market funds are restricted to investing only in the highest quality debt with average maturities less than 90 days.

Money market funds are neither insured nor guaranteed by the Federal Deposit Insurance Corporation (FDIC) or any other government agency. Instead they are governed by several rules that restrict their investment choices.

Typically money market funds are very stable, but it is possible to lose money by investing in these funds.

A good money market fund manager should be diversified enough to weather the inevitable market storms without showing losses in the money market. But sometimes they “break the buck,” meaning the price of the money market drops below $1.00. If a money market has broken the buck, when you withdraw your money, they return less than you put in. This breaking the buck only happened a few times. It happened with one fund in 1994 and three funds in 2008. Depending on your definitions of “mutual fund” and “break the buck” there may be a few more instances. Some funds, for example, have been saved from breaking the buck by their parent companies pumping cash into them.

Any brokerage firm that showed a loss on a money market fund would ruin their reputation and their future business. Brokers would rather spend a fraction of their marketing budget supplementing their returns than face the public relations nightmare of their money market losing money. This is why several parent companies rescued their money market funds in 2008 keeping them from breaking the buck.

Historically, some money market funds lent money to what are called structured investment vehicles (SIV) which promise to pay the money back within a short period of time.  The SIVs repay their debt by bundling and selling this high-yield, risky subprime mortgage debt. They make money by collecting much more in interest and the sale of the loans than the cost of borrowing the money. But when it became much more difficult for SIVs to sell their subprime mortgages these funds had trouble. Whenever the number of foreclosures and defaults increases, companies devalue the bundle of mortgages, increasing the likelihood of SIVs defaulting on their loans from the money market funds. The ratings on this type of commercial paper dropped with the increasing defaults on subprime mortgages.

Wikipedia records the following instances of mutual funds which broke the buck:

The first money market mutual fund to break the buck was First Multifund for Daily Income (FMDI) in 1978, liquidating and restating NAV at 94 cents per share. An argument has been made that FMDI was not technically a money market fund as at the time of liquidation the average maturity of securities in its portfolio exceeded two years. …

The Community Bankers US Government Fund broke the buck in 1994, paying investors 96 cents per share. …

On Monday, September 15, 2008, Lehman Brothers Holdings Inc. filed for bankruptcy. On Tuesday, September 16, 2008, Reserve Primary Fund, the oldest and one of the world’s largest money funds, broke the buck when its shares fell to 97 cents after writing off debt issued by Lehman Brothers.

As you can see, in each case the loss due to breaking the buck was relatively small.

But recently the rules of money market funds have changed.

The Securities and Exchange Commission (SEC) changed the rules and required all financial institutions to move pricing their money market from a stable $1.00 price per shares to a floating net asset value. They allow provisions for money market funds sold to individual investors to appear to maintain the fixed $1.00 share price. But they also allow the fund, during times of extreme volatility, to prevent investors from making withdrawals and to impose fees on investors who make withdrawals. All financial institutions were required to comply with these elements by October 14, 2016.

Here is how Schwab defined the liquidity fees and redemption gates now allowed in times of market stress:

Schwab implemented these rules for clients of registered investment advisors by switching the cash sweep feature for most accounts to a bank product with FDIC insurance. Currently at Schwab if you want to invest in a money market subject to the ability to potentially break the buck you must submit a trade and purchase shares. Money market is no longer set as the default investment of any cash in the account.

This change at Schwab was not without controversy.

Not having these rules produced, on average, a much better return for consumers despite the fact that a few funds have historically “broke the buck.” And in some regards Schwab is simply saying that they are going to leave the decision of where to invest to registered investment advisors. Advisors should recommend keeping cash to a minimum and investment to a maximum. There is no required minimum cash allocation for clients of a registered investment advisor. And there is now no worry about cash at Schwab not being FDIC insured.

The original version of this article was published January 7, 2008. Photo by Gary Bendig on Unsplash.