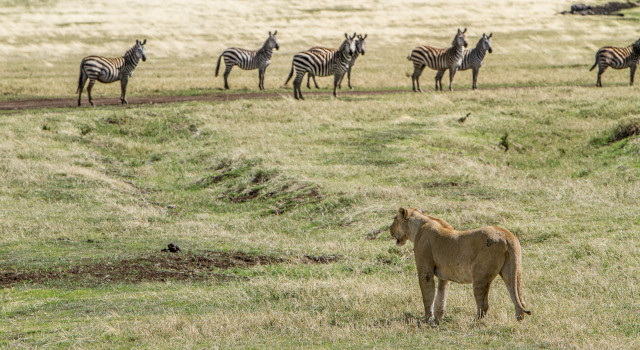 Offering a 401(k) plan can be challenging for a wide variety of reasons, but the worst cause of employer stress is the fact that there exist many financial salespeople who offer plans which benefit themselves at excessive cost to the employer and their employees.

Unfortunately, most investment professionals are fee-and-commission-based salespeople. We call this business model “The Dark Side” of financial services. There exist good professionals on the dark side, but the incentives to be bad are strong. Recognizing and avoiding these salespeople is an important step for employers looking to open a 401(k) plan.

W. Scott Simon has an interesting series on Morningstar in which he tells the story of taking over a 401(k) plan from a Dark Side fee-and-commission-based bundled recordkeeper. The first article is titled “The Retirement Plan Industry’s Troubling Framework .” In it, W. Scott Simon explains that his team was coming on as a new 3(38) fiduciary investment manager to a 401(k) plan with approximately 2,000 participants. The plan had not had a 3(38) fiduciary before their firm joined the plan.

Advisors who accept full fiduciary responsibility for managing a retirement plan’s investments are sometimes called a 3(38) Fiduciary after the relevant section of The Employee Retirement Income Security Act (ERISA) code. Most plans do not have a 3(38) fiduciary advisor even though, by law, 401(k) plan sponsors (the employer) are required to provide a fiduciary standard of care.

We recommend that any investment manager you have on your 401(k) plan be a 3(38) fiduciary, which is why we accept this responsibility as part of our Retirement Plan Management service.

W. Scott Simon’s team was asked by the employer to work with the bundled recordkeeper already selected. In addition to being paid for their 401(k) plan services, the recordkeeper also profited from selling insurance to plan participants on the side.

First, his employer–the new insurance company recordkeeper–wouldn’t be able to influence participants as to which plan investment options they should invest in. The previous insurance company recordkeeper maintained, essentially, an on-site sales office, which is why 45% of the plan’s assets were invested in the recordkeeper’s proprietary stable-value fund. That earned the record-keeper a cool few million dollars each year. My questioner, no doubt, was licking his (financial) chops over that possibility. In addition to its hidden (and therefore high) costs, a stable-value fund in my view is hard to exit in times of market stress (such as at present), which can be costly and dangerous to plan participants, especially older ones.

The second reason why my questioner was furious was that his team of licensed salespeople wouldn’t be permitted to sell nonplan, retail financial products and services to plan participants, including annuities, life insurance, individual retirement accounts, and 529 accounts. They wouldn’t be able–under the guise of providing “enrollment,” “education,” “information,” or other such services–to sit down and meet with plan participants to establish personal “relationships” in order to sell them retail products and services.

Giving financial salesmen access to your plan participants makes the Dark Side company tremendous amounts of money. In these cases, any so-called services they may offer pale in comparison to the financial damage they can cause to your employees.

As Simon explains, the previous record keeper of this 401(k) made money, in addition to their listed fees, by steering participants into proprietary funds with higher expense ratios and fees and by pitching and selling retail financial products not related to the plan (annuities, life insurance, etc.) through the guise of participant “education.” Protecting your participants from unethical practices such as these is a service in and of itself.

In the second article, “More on the Troubling Framework of the Retirement Plan Industry ,“ W. Scott Simon writes:

The investments in the plan are often layered with fees. The aforementioned stable value fund alone would have provided the insurance company with a profit of $1 million to $2 million, but likely every fund in this Dark Side plan is laden with fees. Having a fiduciary who you pay in order to objectively evaluate offerings is often less expensive than the fees hidden in expense ratios.

Regarding the second method of earning money, Simon writes:

In the planning meeting with the plan sponsor’s working group to map out the conversion process, one of the insurance company representatives kept using the phrase “the best of both worlds.” The way in which he used it described a deceptively attractive course of action: Both the insurance company and my RIA should provide investment education to plan participants. But allowing insurance company salespeople anywhere near plan participants to provide such services would not be wise, because it could lead participants to eventual financial harm given the inherent conflicts of interest involved, as well as the lack of any fiduciary standard.

You have a fiduciary responsibility to keep salespeople away from plan participants.

Because an insurance company recordkeeper exists solely to sell insurance products, its website is packed with content that will support that primary goal. In my view, though, a recordkeeper’s website will subtly sabotage the efforts made by a fiduciary, such as an ERISA section 3(38) investment manager, to protect plan participants. The recordkeeper in such circumstances would say that it has lots of good things on its website, such as information and educational “tools.” For example, the insurance company in the example I have provided describes its “Pre-retirement Counseling” services in its response to the RFP issued by the plan sponsor–and helpfully provided by the insurance company–in this way:

“Participants who retire or terminate from the plan have the following options:

Note the heavy emphasis in the foregoing bullet points on annuities, which otherwise may (or may not) provide truly helpful information. Under the guise of providing “information” and “education,” the insurance company still cannot help itself: It’s always selling, selling, selling insurance products.

These corporate websites offer an additional opportunity for the company to sell their products. Normally, the last option (rolling funds into a rollover IRA) is the only option you should take. These annuity options are likely terrible choices with little return even if you live to be over a hundred years old.

We design retirement plans for the participants as a service to our small business owners. There are no minimums, and we are willing to go through the process of demonstrating that our plan will save you money before you sign up. We don’t make any money off the products we invest in. We pay the fees for the unitized trust option as we use it for our own retirement plan.

You deserve a 401(k) designed for participants.

Photo by Avel Chuklanov on Unsplash