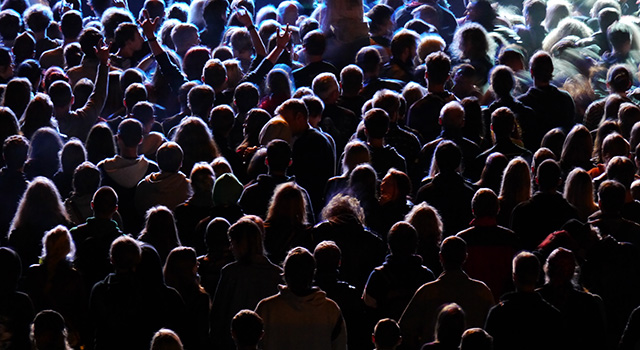 Crowdfunding is the process by which companies, nonprofits and entrepreneurs raise money from a large number of people.

There are three types of crowdfunding each defined by what people receive in exchange for the money they pay: Reward-based, Donation-based, and Equity-based.

My son, Brendon Marotta, has just launched his own rewards-based Kickstarter campaign to raise money for his documentary. Filming is complete and this is a way for him to raise money to finish and distribute the film. It is also a way that distributors gauge interest in the film as a measure of its potential success.

As part of the campaign, people can donate money to help with the film’s release or pre-order a copy when it is finally released.

Reward-based crowdfunding offers something of value for various levels of support. For example for $5 you will be thanked on the website and for $500 you find your name in the credits of the movie itself. For $20 you will receive a digital download of the film when it is released and for $60 you can receive a DVD copy. For $1,000 you can hold a screening of the film at your local event. And for $5,000 you can become an associate producer.

The IRS views reward-based crowdfunding as a financial transaction in which the person running the campaign is receiving payment and in return is expected to deliver something of value. They hold this position whenever there is something of value being given.

These rules affect charitable giving as well. For a charitable gift to be fully deductible the charity must include in their acknowledgement letter the statement, “No goods or services were provided in exchange for your donation.” If something has been received the charity is required to set a fair market value on what is being received. That portion of the gift is not tax deductible.

Donation-based crowdfunding is usually used when a qualified non-profit is trying to raise money. There may be various funding options with different titles of your support, but normally there are no tangible rewards. By default, donations made through a crowdfunding website are not tax deductible because the crowdfunding site collecting the money is not a qualified 501(c)(3) charity. But if the project has been started by a qualified charity and not an individual it may have satisfied everything which is necessary for a donation to be tax deductible to the donor.

If the immediate recipient is a qualified charity they may not owe any taxes. Again, if the charity is running a business and providing goods or services, that portion of their activities may be taxed as a business. But normally the rules of charitable donations can remain intact and crowdfunding sites still be used to raise money for a non-profit.

If however it is an individual running the crowdfunding and then that individual gives the money to a charity things are more complex. If some small tokens of value are being given in exchange for money, the IRS may consider all the donations as income to the individual and therefore taxable on their tax return. If they subsequently gave the money to a charity they may be able to also take a deduction, but the affect to their tax return could still be significant. It is important for the 501(c)(3) charity to be the entity directly receiving the gifts.

What is extremely unclear is if donations to an individual could be structured as a gift which would not be taxed as income to the recipient. While it is easy to make gifts of $14,000 or less to an individual each year, simply using a public website to try to receive such gifts makes it more complex and potentially taxable.

The IRS assumes that any receipt of funds by a taxpayer is income unless it can be proved that they qualify as a nontaxable gift. A campaign or a level of support should, in theory, be able to be considered a gift. According to Commissioner v. Duberstein the determination of the funds qualifying as a gift depends on the transferer’s intention.

“I would like to give a gift of $50 out of my detached and disinterested generosity. This gift is given out of affection, respect, and admiration for the individual personally. It is not made from any moral or legal duty, nor from the incentive of anticipated benefit of an economic nature. This gift is not in return for good or services rendered and is intended to qualify as a gift which is not taxable to the recipient. I understand that there will be no rewards received.”

It isn’t clear if the IRS would recognize such a choice as satisfying the requirements for a gift or not. What is clear is that the crowdfunding website would report all of the proceeds to the IRS on a 1099-K, Payment Card and Third-Party Network Transactions.

If you subsequently do not report such designated gifts as income, it may result in you receiving a paper audit because the IRS automatic accounting thinks you have under reported your income. This may result in you having to respond to that paper audit and provide them with the amounts which were received as gifts which you are arguing are not taxable as income. Because of this hassle, if you want to receive donations it may be better to simply point people to a donate button on your website and not use crowdfunding to receive such gifts.

Equity-based crowdfunding is when the reward being offered is equity in your business. These payments are considered capital contributions.

Until recently, equity-based crowdfunding was subject to strict rules by the Securities and Exchange Commission (SEC) and operated largely by massive civil disobedience to those rules. In 2012 Congress passed Title III of the JOBS Act allowing startups to raise up to $1 million in crowdfunding from unaccredited investors during a 12-month period.

The new rules do allow small amounts to be raised but at a relatively high accounting and regulatory costs. Money raised this way is not subject to income taxes nor is it tax deductible. Instead it is subject to the more complex rules of venture capital.

While crowdfunding is the new social media method of raising money, donations, or equity, it is still subject to the old tax laws. And again, if you are interested in supporting Brendon Marotta’s film, he just needs 10,000 backers at $5 each.