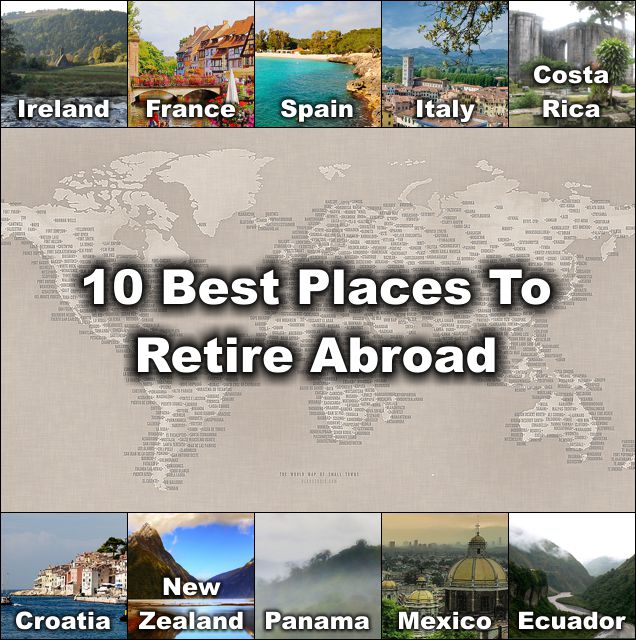 TopRetirements.com came out with their admittedly subjective list of the 10 Best International Places to Retire:

Of all of these, the least surprising is Costa Rica. Costa Rica has the higher percentage of American citizens living there of any country other than America. And because of the cost of living, your Social Security check will buy a much higher standard of living there than it will in the United States.

If you want to be able to live anywhere in the world (including the United States) make sure that you talk to a fee-only financial planner decades in advance of target retirement date and see how they might earn their fee. Wealth management is based on the idea that small changes can have great effects over long periods of time. But the longer the time the greater the effect!