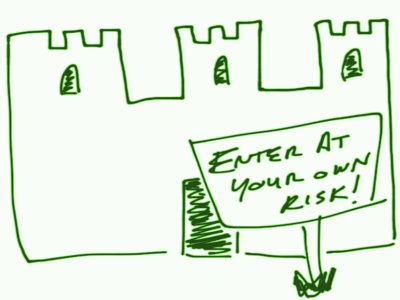 The search for stable returns leads many conservative 401(k) savers to stable value funds. These funds historically pay a much higher return than money markets funds and have less volatility than bond funds. Stable performance has led almost half of all defined contribution plans to offer these complex investments, but the very features that tempt conservative investors are now scaring plan sponsors away.

Stable value funds generate higher yields than money market funds by investing in longer maturing bonds. By buying insurance on their portfolios and by placing limitations on outflows, these funds can allow investors to redeem shares at principal plus interest, even though the underlying bonds may be lower in price. The insurance is meant to cover a potential shortfall should a fund have to sell underwater bonds to meet redemptions.

The Stable Value Investment Association reports that these funds had an annualized return of 2.73% in the first quarter of 2012, which compares favorably with 0.03% for money market funds.

A recently released Vanguard report suggests that “stable value has lived up to its name.” These category returns have been smoother over time than those of other fixed-income alternatives from 1990 to– 2011. And they beat money market returns every year. Vanguard uses the Hueler Index as a stable value proxy in this spreadsheet comparison:

However, the Vanguard study goes on to suggest that complexity is the main reason that plan sponsors have begun to replace these investments with lower yielding money market funds. During the 2007 – 2009 financial crisis, many stable value funds were on the brink of disaster due to risks that were unknown to the average investor.

In most cases, the insurance contracts provide the necessary payments, but there are several situations where the contract is voided because of “plan events.” Major layoffs, mergers, and bankruptcies usually nullify this portfolio insurance. Such a situation occurred in a stable value fund offered to Chrysler LLC employees that only returned 89 cents on the dollar when the plan was liquidated in 2009.

The Vanguard study reminds us that an insurance promise is only as strong as the company that stands behind it. Just before AIG was bailed out by the Fed in May 2009, many owners of stable value funds were justifiably concerned that their insurance was worthless at the very moment it was needed most.

It has also come to light that many plan fiduciaries do not fully understand the investment risks inside stable value funds. A recent Department of Labor probe into mortgage-backed securities held in stable value funds has alarmed those who could be held liable for failure to act responsibly.

The Vanguard study reports that plan sponsors are also concerned about the rising cost of insurance. The typical wrap fees have jumped two or three times as insurers repriced risk following the crisis. Additionally, insurers are now stricter about maintaining lower yielding more conservative portfolios. Higher fees and lower returns will not bode well for maintaining the advantage of stable value funds.

The theme here is that the risks are limited for the individual investor but increasing for the plan sponsors. It’s a bit of tug-of-war between members of these two groups who both want to limit their chance of loss. Most businesses that have limited support reviewing and managing the investments inside their 401(k) plans should avoid adding this complex instrument to their portfolio lineup.