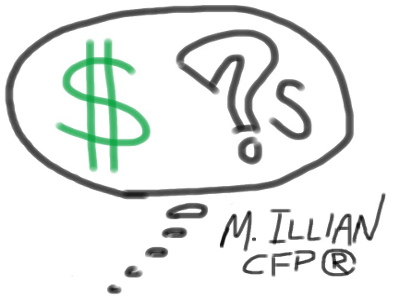 Q: I have put my investments in bonds until this global economic crisis settles down and the economic woes of the European Union subside. Do you have any suggestions for indicators that I should look for to get back in?

Pulling out of the markets during unstable economic times is enticing. Why not simply sit on the sidelines until the investing climate appears more normal? Don’t fool yourself. Timing the markets is harder than it looks.

Consider the following historical global examples. What would you do?

1. United Kingdom LARGE CAP INDEX (1975): The world was in the middle of the worst recession since the 1930s. The London Stock Exchange had already lost 73% of its value during the crash. British gross domestic product (GDP) was still falling in 1975. Inflation was running rampant (and continued for several more years) all around the world. Do you pull out or invest?

2. S&P 500 (1938): The recovery from the Great Depression was sputtering. After finally regaining its value from the pre-Depression high, the S&P 500 dropped another 35% in 1937. GDP was falling, and unemployment was still above 15%. Do you pull out or invest?

5. S&P 500 (1942): On December 8, 1941, President Franklin D. Roosevelt asked Congress to declare war on Japan following the Pearl Harbor attacks. The United States was about to enter a global conflict involving all of the world’s great powers. Do you pull out or invest?

6. JAPAN LARGE CAP INDEX (1991): There was a large asset bubble both in real estate and equities that peaked in 1989. In 1990, the index had crashed 36.1%. The Japanese government began bailouts, and banks kept injecting new funds into unprofitable companies to keep them afloat. Do you pull out or invest?

7. U.S. SMALL CAP INDEX (1991): The Federal Reserve had been raising interest rates from 1986 to 1989 to contain inflation. In addition, oil prices spiked in response to the first Gulf War, and U.S. GDP was falling. Do you pull out or invest?

ANSWER KEY: Stop reading if you haven’t answered all 7 questions.

7. Invest is the correct answer. The U.S. SMALL CAP GROWTH INDEX yielded 48.1% in 1991 and averaged 16.1% for the following 10 years despite finishing up with large losses when the tech bubble imploded.

Conclusion: Staying invested is usually the right answer, even when the world is bracing for war or in the midst of a recession. Reviewing the two “pull-out” scenarios listed here is not a black eye on diversified long-term investing. The lesson from the NASDAQ market is to limit your exposure to any sector of the economy that is displaying bubble-like qualities and ignore those commentators who justify this excess by proclaiming we are in a “new era.” The lesson from the Japan market is to limit exposure to countries that are restricting their economic freedoms. This could mean not allowing poorly managed companies to fail or raising individual and corporate tax rates. When using a globally diversified portfolio in countries exhibiting both economic freedom and low debts and deficits, the answer for the long-term investor has always been to stay invested.

If you have a money question that is nagging at you, please submit it using our contact page. http://www.marottaonmoney.com/contact. We attempt to respond to every question. If yours is chosen for MONEY QUESTIONS, we will give you a pseudonym and let you know the date the Q&A is published.