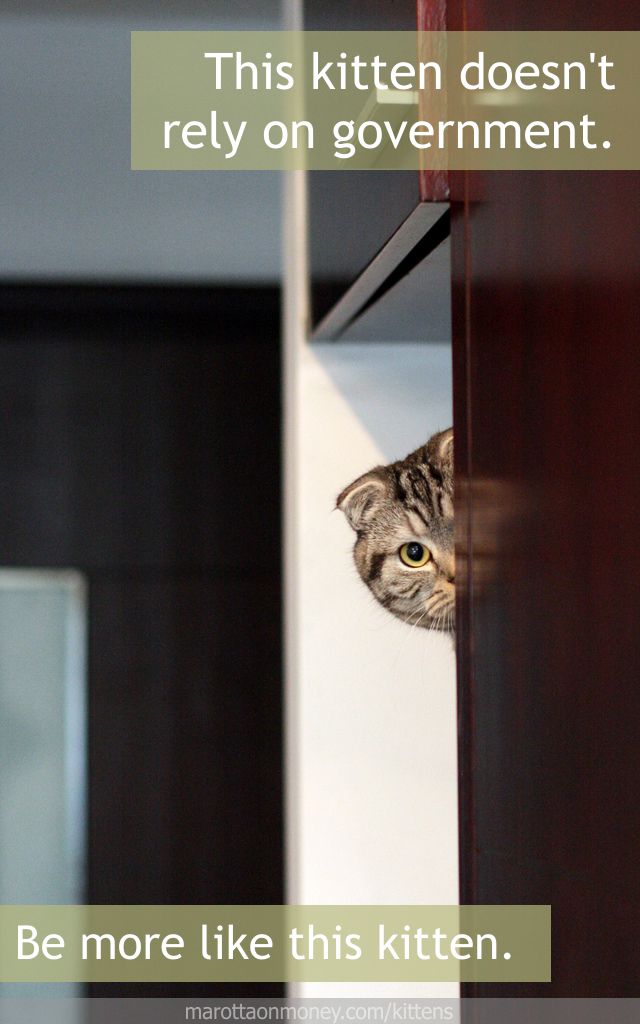 There are problems in this world ranging from the spilled milk to a city’s devastation by natural disaster. Some of problems require personal responsibility. Others feel outside of our control.

In 1964, Ronald Reagan gave a televised address for Goldwater’s campaign. On the topic of government control, Reagan comments, “They also knew, those Founding Fathers, that outside of its legitimate functions, government does nothing as well or as economically as the private sector of the economy.” In his speech, he notes specific examples of government failure in agriculture, welfare, and social security.

To read more about this topic check out Don’t Eat Your Dog: The Surprising Moral Case for Free Enterprise