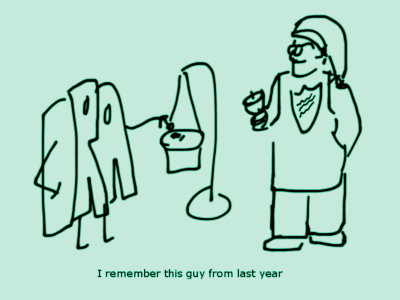 Although a number of tax breaks got snuffed out by the recent tax compromise passed on January 1, the ability to make charitable contributions from IRA accounts for people older than 70 1/2 was given new life. Congress reinstated older taxpayers’ ability to take qualified charitable distributions (QCDs) from IRA accounts paid directly to charitable organizations tax free. These QCDs are a convenient way for many retirees to support charitable causes and receive a tax break at the same time.

The IRS allows these charitable contributions to count as satisfying the required minimum distribution (RMD) from qualified retirement accounts. Instead of forcing retirees to take distributions that count as income, charitably inclined retirees can transfer these same funds directly to a charity. If charitable donors act quickly, they can even use the updated QCD to make 2012 gifts retroactively.

Four categories of charitably inclined investors should consider a QCD. The first are those who have all their investments tied up in retirement accounts. They do not have the option to make stock gifts out of a taxable or nonqualified account. In this case, it is easier and much more tax efficient to make a QCD than it is to distribute money from a retirement account, deposit this money into a checking account, and then transfer the money to a charity.

The second group to benefit from QCDs has both IRA accounts and large taxable accounts. Most importantly, these charitably inclined investors live well below their means and will be leaving a large estate to their heirs. Because these equities in a taxable account receive a step-up in basis at the owner’s death, this group is better off gifting out of their IRAs. The step-up in basis means their heirs will not have to pay a capital gains tax on the difference between the purchase and the sale price.

Think about this from the perspective of the beneficiary. Would you rather inherit an IRA portfolio that will be taxed as additional income to you as it is taken out or a portfolio that can be liquidated without any additional tax due? Your heirs will continue to sing your praises if their inheritance avoids generating a big tax bill after your death.

The third group is comprised of those in the nearly two thirds of all tax filers who take a standard deduction and do not itemize. These filers do not benefit from being able to write off charitable contributions but would be able to benefit from a QCD that reduces income before deductions are even calculated.

For example, consider that Patrick and Sarah Henry make $100,000 of wage income and have $6,000 of itemized deductions before counting $5,000 in charitable contributions. Since the Henrys’ total of $11,000 of itemized deductions is less than the $11,900 standard deduction for 2013, their charitable contribution will have no benefit if made from a taxable account. However, if they make a $5,000 QCD, their income will be reduced by this same amount before applying the standard deduction.

The final group who will benefit from this new law are those interested in reducing their estate through charitable contributions. The act allows donors to make distributions (up to $100,000 per IRA owner) directly to qualified charities before February 1, 2013, and elect to have such distributions treated as QCDs in 2012. This would reduce 2012 taxable income and allow the process to be repeated in 2013. The extra grace month appears to be Washington’s way of asking to be absolved for causing so many headaches with this delayed tax bill. Beginning February 1, this window closes, and all future IRA distributions to charity will be treated as 2013 QCDs.

The law also allows an odd opportunity to those who delayed their RMD until December 2012. These delayers can transfer a cash amount equal to their RMD to charity before February and have this count as a 2012 QCD. Those who distributed their RMD before December are out of luck for this retroactive accounting.

I was expecting to write about the benefits of a QCD for those who hit the new itemized deduction phaseouts that begin at adjusted gross incomes (AGIs) of $300,000 for married couples and $250,000 for individuals. However, after reading the analysis of Alan D. Viard of the American Enterprise Institute, I am convinced that phaseouts will not affect the tax benefits of charitable contributions.

Everyone else should continue to make their charitable contributions from their taxable accounts. Many investors are better off making donations from a taxable account because they get a double tax savings. Not only does their gift count as a deduction that reduces their taxable income, they also avoid paying a capital gains tax of 20% (or 23.8% for those with taxable incomes over $250,000) on this gift.

Despite the new planning opportunities that QCDs offer, the on-again off-again nature of this provision is a reminder that Uncle Sam continues to fail to offer the American people a simple, stable, and flatter tax code. I am quite certain that retirees would be willing to forgo this miscellaneous benefit if they could be convinced that our elected public officials were using good judgment to create a system that would make April 15 a less confusing and stressful time of the year. Instead, we get added complexity where special interest groups hold sway and common sense is lacking.