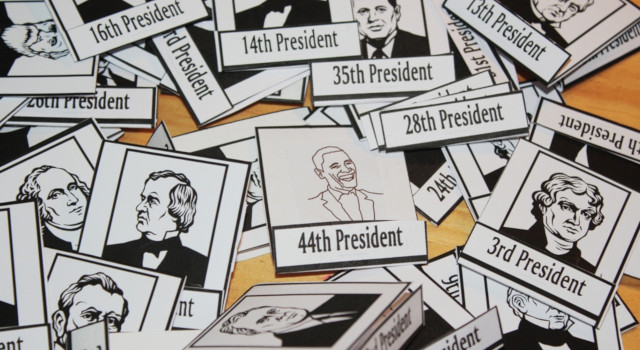 At this writing, USDebtClock.org reports that our current national debt has surpassed $14.294 trillion, the legislated debt limit. Congress might as well be talking about Monopoly money. The debt, deficit and bailout numbers are so large that many rightly question whether our elected representatives have any better comprehension.

To bring some context to our debts, consider the financial health of our country through the lens of one representative family. And with the First Family’s tax return recently released, who better to represent the American family at this crucial moment than the Obamas?

The executive family reported $1,728,096 for their actual 2010 adjusted gross income. I imagine most Americans would be willing to swap their own income with the First Family’s. However, imagine with me that the Obamas have inherited the nation’s debt ratios. If this were the case, the First Family would be planning to overspend their income by 66 percent in 2011. A seven-figure income quickly loses luster when the Visa bill is even larger. Most would be filing for bankruptcy after a few months of such excess, but the First Family can burn through many generations of wealth before darkening the door of the poorhouse.

The profligate ways cannot continue much longer. According to Mary Meeker’s report, “USA, Inc.,” we can now interpret the Obama family’s balance sheet as solidly negative. Including the unfunded portions of Medicare, Medicaid and Social Security, our country has more in obligations than we do in assets to support these debts. The Obamas have financed their spending by mortgaging the mansion they inherited. They are now under water.

The Obamas have the same options as any other family in financial distress. To avoid bankruptcy court, they need to both cut expenses and find ways to raise their income.

I recommend they start by cutting their health-care expenses. As our representative family, the Obamas’ medical care costs have been skyrocketing six times faster than their income and now consume 22 percent of their budget. However, they will not be able to regain fiscal health simply by cutting expenses.

Raising income is not as straightforward but carries more potential. Most of the Obamas’ income comes from book sales. President Obama’s memoirs helped turn fame into fortune for his family, but sales are starting to fall. They might consider raising the sale price, which would have a limited effect because fewer people would purchase the books.

Their best bet would be to create a new stream of income. Michelle Obama might consider her memoirs as first lady. This new book would surely generate millions and help lift the family out of their financial stress.

Just as the First Family must adapt to thrive, so must our American family. Those with entrepreneurial aptitudes are needed to develop new solutions to the world’s growing needs. New business activity will be the engine of new jobs. And new jobs will lead to an increasing tax base.

Our nation’s tax policy will have a direct impact on this entrepreneurial spirit. In the global competitive world of the 21st century, companies can easily travel to find the most fertile soil to grow their business. American corporate tax rates need to be adjusted quickly to keep America competitive. The United States currently has a 35 percent corporate tax rate. A complicated web of tax deductions lowers the effective rate but increases the compliance burden.

On the other side of the world, Hong Kong has a top corporate tax rate of 16.5 percent and a less complicated tax system that has been successfully wooing new companies to its shores for more than 50 years. Switzerland, Singapore and Australia all have more economic freedoms where business growth thrives.

If the American family hopes to emerge from this debt crisis, the American people must recover the productive zeal that fueled our country’s growth in the past. Congress can help our nation’s economic recovery by controlling government spending, creating a more simple tax system and lowering the corporate tax rate to no more than 25 percent. But ultimately, each American needs to look within to recover the entrepreneurial spirit.