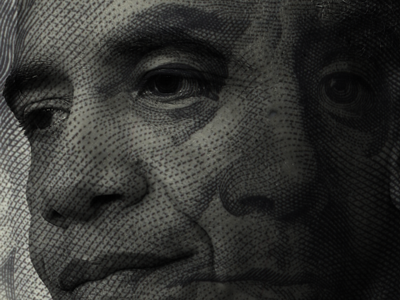 Just after the Affordable Care Act was passed I wrote “ObamaCare Is the Worst Legislation in 75 Years.”

You can often tell exactly what a piece of legislation will NOT do by what they title it. In this case, the so called Affordable Care Act will NOT make healthcare more affordable.

In the past couple of weeks two notifications have been sent from a consulting firm which specializes in health care coverage. Here they are along with their implications:

There has been quite a bit of uncertainly and varying opinions on the treatment of POP plans under the PPACA legislation. Our compliance experts have advised us that POP Plans will no longer be permissible as of January 1, 2014 under PPACA. This means that the individual health insurance plan premiums that you were deducting pre-tax from paychecks will no longer be allowed on a pre-tax basis.

The law seems to be quite clear in relation to individual health insurance plans purchased ON the exchange due to the fact that a subsidy could be available and in essence an individual could be double dipping. However, there seems to be some ambiguity on the individual health insurance plans that are not on the exchange. There is some minority opinion that OFF exchange plans where a subsidy is not available would still be able to be deducted pre-tax.

Unfortunately, we do not have a definitive answer to this issue for our clients and we thought it was important to share what the compliance experts are saying. Based on the information that we have reviewed to date, we believe it is prudent to advise our clients that your current POP plan will no longer be permissible effective January 1, 2014 and any deductions should be made on a post-tax basis.

First, it is amazing that two years after passage we still don’t know what is in the bill. It is being legislated on the fly with contradictions and exceptions to the law being made up. For those Democrats who say the ACA is now established law, they are simply wrong. We are not even implementing the law that was passed. We are making up new laws as we go. Each ruling or interpretation is just new legislation.

If this ruling holds, this means that businesses with cafeteria plans which offer employees the ability to buy their personal health insurance with pretax dollars are now forbidden by the government. There is no reason to do this other than to forbid people from owning their own healthcare insurance in order to force them on government exchanges.

We think it is important for individuals to own their own health insurance policy rather than have to get their insurance through the one company provided by their employer. Competition produces lower premiums. Companies can receive incentives by government or insurance companies in order to force employees into one choice for coverage. Additionally, if you own your own insurance it is portable and you continue to own it if you leave employment. A cafeteria plan which is only for payment of whatever insurance an employee has selected is the best of all possibilities.

If this ruling holds, healthcare just got a lot more expensive. For someone with $8,500 in premiums in the 25% tax bracket this would be equivalent to paying $2,125 more for their health insurance. So much for making health care more affordable.

I have repeatedly called the Obamacare hotline and been through online chats and asked about this ruling. I’ve talked with multiple recently hired part time phone support personnel with hours of training. I have listened to dozens of canned scripts which they are authorized to read aloud. Few of them have any idea what this issue even means.

I did get one person who understood the question. And they have said that if we are offering a cafeteria plan, and if there is no subsidy, and the plans are OFF exchange plan, then employees are still able to have their health insurance premiums deducted pre-tax. Again just to make it clear:

One person on the Obamacare hotline said that
(1) if we are offering a cafeteria plan, and
(2) if there is no subsidy, and
(3) if the plans are OFF exchange plans,
then employees are still able to have their health insurance premiums deducted pre-tax.

And then Healthcare got another 76% more expensive?

The same consulting service sent many other notices regarding insurance cancellations. Only a few policies were “grandfathered.” Here is a typical grandfathered plan letter for a couple and one grown child:

Your Anthem Individual Health Insurance policy renews on January 1, 2014. As you know, your policy is “grandfathered” in respect to the Health Care Reform Law, which means that you can keep it as long as you make no changes to the benefits and continue to pay the premiums. The new monthly premium effective January 1, 2014 is $486, which is an increase of $40 or 9% from your current rate of $446. Your policy is a KeyCare Healthsmart Plan with a $3,500 deductible, 20% coinsurance and an out-of-pocket maximum of $5,000.

Just for comparison purposes, we quoted an ACA (Affordable Care Act) compliant plan effective January 1, 2014 for you and your family. The closest comparable HSA plan was a Healthkeepers $7,500 deductible, 25% coinsurance, and an out-of-pocket maximum of $12,400 with pediatric dental (required). The monthly premium was $855, which is a 76% or $369 increase from your current plan.

Just to be clear, the ACA made healthcare more affordable by increasing the cost 76%?

Ah, but at least pediatric dental is included for a family with grown children.

Most families are not so lucky. They are not grandfathered and have simply received cancellation notices.

Democrats are trying to defend these cancellation notices by baldly asserting that these plans were terrible. But look at how much the ACA compliant plans have raised not only rates, but also deductibles and maximum out of pocket expenses.

Democrats are amazingly resilient to changing their minds when the facts of what they claimed would happen turn out to be wrong.

So much for making healthcare more afforable.