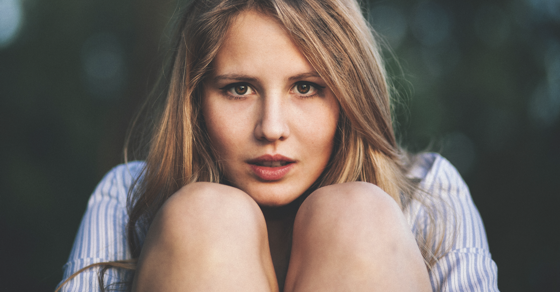 The Affordable Care Act (ACA) provides subsidies to Americans making up to 400 percent of the poverty level, about $94,200 for a family of four. A study by Families USA suggests that 71% of those in the individual market will be eligible for a subsidy.

Rather than limiting subsidies to only those people with a small net worth, the ACA provides aid to all people with low incomes, including those early or partial retirees.

Imagine a couple, Michael and Lisa, who are both 51 years old and own a family business. They have two children, 17-year-old Jacob and 14-year-old Emily. Last year their business produced income of about $140,000. They have lived well below their means, saving and investing diligently. They could retire at any time and live comfortably.

Until now, they were individually insured, but their health care policy costs are rising even more than the average 41%.

The most drastic option for Michael and Lisa would be to get divorced, leaving one of them with the business and the income and the other with the children. The ACA heavily discriminates against married couples in favor of single parents. A family of three with a very low or nonexistent income would receive maximum federal subsidies.

Early retirement is a simpler option for them: sell the business, pocket the money, and have little or no income. And, with the ACA in effect, early retirement is an easy decision for Michael and Lisa to receive subsidies for their otherwise expensive midlife care.

However, with a little tax planning, Michael and Lisa won’t need to retire early or become divorced in order to receive health insurance aid. They could receive the subsidy and keep their business.

Because of their contribution, the business can add to their 401(k) an additional 25% of their salary as a profit-sharing bonus or employer match at the end of the year. Via this match, they each gain an extra $8,250 that is untaxed.

Under Obamacare, household income is based on modified adjusted gross income (MAGI). MAGI includes IRA distributions, but there are deductions that can lessen it: certain contributions to retirement plans, alimony, moving expenses, and self-employment expenses.

In 2014, Michael and Lisa can each contribute $5,500 to a Roth IRA plus an additional $1,000 catch-up provision. Although these IRA contributions do not reduce their MAGI, since money in a Roth will never be taxed again, any interest and dividends in future years will not spoil the scheme and inflate their income.

Because they run a family business, their children can earn incomes as well. At 17 and 14 years old, Jacob and Emily are both considered of working age for nonhazardous jobs. They could each be paid $23,000 and put $17,500 of it in the company’s 401(k). The company will contribute an additional $5,750 in match and profit sharing.

This leaves each teenager with a $5,500 paycheck, which is perfect for funding their Roth IRA. Contributing to a Roth between ages 14 and 20 is better than starting at age 21 and contributing for the rest of their lives.

With this MAGI, the family of four would be at 132% of the poverty level. This qualifies them for the maximum ACA benefit, requiring them to pay just 2% of their income for a health care premium. The cost of a Silver plan, normally $10,825 (34% of their MAGI), would cost them only $600 per year.

If their business was more profitable, they could change their corporate structure to a C Corp and keep excess income in the business so it would not jeopardize their government subsidies.

The great complexity of the tax code offers a great opportunity for tax planning. Even if you have large savings, keeping your income low may open the door to having your health insurance subsidized.

Also, if you try this MAGI-lowering technique, you may be able to take advantage of many other federal or local benefits.