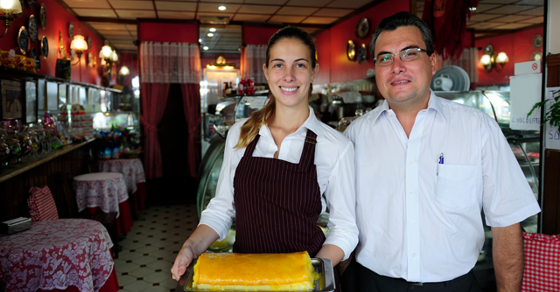 In President Obama’s new budget proposal, he suggested taxing the historically pretax 401(k) contributions of approximately half a million people.

Some business owners are reticent to start defined contribution plans for their employees because of this proposal. But the president’s hope to restrict the plans should actually make owners more interested in creating one.

Obama’s suggested changes have zero chance of congressional approval. Regardless of these proposals, a sponsored retirement plan offers small business owners a rare opportunity to reduce their unfair tax burden.

Under U.S. tax law, the entire tax burden of a small business flows directly onto the personal return of the owner. Profit is taxed immediately in the year it is earned. It takes between 5 and 40 years to fully amortize the deductions for capital expenditures. Most business owners need a tax preparer to assemble the binder-sized stack of tax forms required to comply fully.

Under such a heavy tax load, owners need a way to fund their personal retirement so it is not burdened by their corporate finances.

Fortunately, small business owners can sponsor a 401(k) for all their employees including themselves. This year such a plan allows everyone to contribute $17,500 toward their retirement without it being taxed ($23,000 for those over 50).

Employers often offer to match the first 5% of a worker’s salary with an additional 4%, encouraging saving at least 9% of before-tax salary. This brings workers very close to our recommendation of saving 15% of their after-tax standard of living.

Employers can also give employees a portion of their salary as an end-of-year bonus directly into the 401(k).

Including employee contributions as well as employer matches and bonuses, the 2014 maximum total contribution is $52,000 ($57,500 for those over 50). These limits rise each year with inflation.

All of this is done to solve the so-called revenue problem of the federal government. No acknowledgment is made that bureaucrats are collecting the same percentage of national income (revenue hasn’t changed as a percentage of gross domestic product) and what we really have is a spending problem.

If Obama truly wanted to solve the problem via retirement accounts, he should look to his own employees. Collecting an extra 11.6% revenue on private sector contributions pales in comparison to the 100% expenditure saved by reducing lavish government pensions.

Furthermore, Obama proposed a tax on private sector 401(k) contributions but put no such burden on the federal government’s analogous 457(b) plan contributions. Why let the political class grow richer by exclusively targeting the private sector?

However, Obama’s current proposal only targets traditional 401(k)s, which only adds to the many reasons to prefer funding a Roth 401(k).

First, in the unlikely event that the president’s proposal does pass, money currently in retirement accounts will probably be grandfathered. Therefore getting as much as possible into a Roth account now is the best tax-planning defense.

Second, because tax is paid on Roth contributions as they are put in, there will be no double taxation when money is removed. Paying the tax on a Roth contribution now would be better than paying some tax now and more tax later.

Finally, even if the president forces people to withdraw any money over some specific limit, money in a Roth account can be taken out tax free. This won’t be true of traditional account balances. They, unfortunately, will be subject to whatever future tax rates Congress imposes.

In the meantime, small business owners would do well to take advantage of the advice of a financial planner, rather than the president, and create their own low-expense Roth 401(k) option for themselves and their employees.