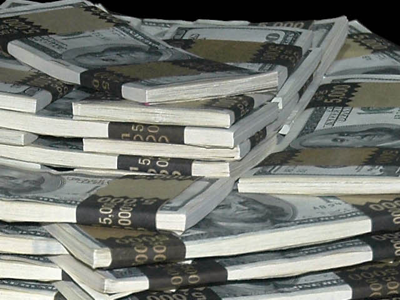 I read this interesting account by Thomas L. Krannawitter in an Investor Business Daily entitled “Wealth Solves, Rather Than Creates, The Poverty Problem.” In that column Krannawitter tells this story to explain the difference between wealth and cash:

Imagine several people shipwrecked on an uninhabited island. Nothing survives the wreck, save only one item: a printing press filled with paper. As the people crawl to safety, they’re exhausted. They stare in disbelief and shock.

But soon they begin to realize that they’re hungry, thirsty, cold, unprotected from the elements. They’re in dire poverty. They must think and act, or die. What shall they do?

Suppose one of them happens to be a member of the Obama economic team. He eyes the printing press and gets an idea: An economic stimulus plan of the kind he learned from his days in government.

He quickly prints lots of dollar bills and distributes them (unevenly) to his fellow castaways. They now have more money than they did before, true. But has any wealth been created? No. They still have no food, no water, no heat, no shelter, no anything. They remain as poor as they were before receiving the dollars. The stimulus plan stimulated nothing.

Suppose another castaway surveys the surroundings and figures out how to catch fish. …

The genesis of all new wealth is the mind, not money. Wealth is born as an idea, and made real through work, whether physical or intellectual. …

But people are unlikely to work productively if they have good reason to believe they’ll be punished for their work product (say, in the form of progressive taxation), or it will be taken away (whether by force or regulations).

Wealth is built by small changes over long periods of time. It involves deferred consumption, and then taking that capital and putting it to work. Wealth is what you save and invest, not what you spend. For those of you interested in building real wealth, subscribe to our advice. And for those who need help managing your wealth, give us a call.