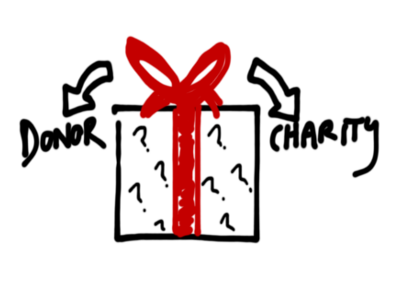 Charitable gift annuities are designed to make you feel like you’re doing something nice while benefiting from a lifetime of secure income. Investors who fail to fully inspect this investment vehicle before driving away may find they have purchased a lemon. Three structural flaws often delegate charitable gift annuities to the junk pile designated for impaired investment vehicles. These flaws include overstated returns, high vulnerability to inflation and high administrative fees.

Charitable gift annuities work like other commercial annuities by providing a stream of income in return for a lump-sum deposit. The rate is typically lower than a commercial annuity, but the donor receives tax incentives to help sweeten the deal.

Like their commercial brethren, charitable gift annuities are receiving extra attention from yield-hungry retirees. An advertised 4% to 8% payout offers multiple times rates of the return currently offered by CDs, Treasury bonds, or money market accounts. (I hope all regular readers of the Marotta on Money articles have raised a red flag at this point!)

Be careful of too good to be true

Charitable gift annuity payouts suffer the same drawbacks as all other immediate annuity products. When annuities advertise their returns using the words “payout” or “rate,” they are not using the standard measures of investment performance. Unfortunately, many retirees are unable to discern between this marketing gimmick and real returns. The ability to identify too good to be true is an essential principle when safeguarding your money.

Imagine that Thomas and Martha Jefferson, both age 70, invest $100,000 in a charitable gift annuity at my alma-mater, the University of Virginia, which offers a 4.6% rate. (There’s little hope in shopping for a better payout because the most reputable nonprofits all use the same rates provided by the American Council on Gift Annuities.) In this scenario, they receive $4,600 a year, and it takes over 21 years (age 91) for them just to get their original capital back. For the first 21 years, their return is 0%. They would need to live to age 122 to even achieve a 4% internal rate of return. And this will not even keep up with inflation!

The fixed payments of charitable gift annuities do not have a cost of living adjustment and are expected to lose purchasing power each year.  If inflation just returns to its 40-year average of approximately 4.5%, it will only take 16 years before the Jeffersons’ $4,600 annual payment has the purchasing power of $2,300.

Prudent investors avoid locking into long-term fixed payments at historically low interest rates despite the allure of safety. Those who invest the fixed-income portion of their portfolio in shorter maturing instruments can expect their yield potential to increase as rates begin to rise. Even better would be to invest in a stock portfolio that historically fares better than fixed-income investments during inflationary times.

The only people that are well served by a charitable gift annuity are those who would rather lock into a low investment return than have any oversight and management of their investments.

Charitable gift annuities are suboptimal gifts for most charities as well. Whereas the first two impairments affect the donor, the third and final impairment affects the receiving charity. According to their bylaws, most of these charities are not allowed to spend a penny of a joint annuity until both husband and wife have died. This means that there are years and years of inflation and administrative costs before what is remaining in this illiquid account can be spent.

Many smaller nonprofits “reinsure” their obligations under the gift annuities by purchasing either a commercial group annuity or a reinsurance agreement. Insurance companies sell these products that allow a charity to cash out this lifetime agreement immediately for a hefty fee. It’s better to avoid these fees and the charitable gift annuity altogether.

A better way to give to a charity: Do it yourself (DIY)

With the charitable gift annuity, Thomas and Martha Jefferson could transfer $100,000 in appreciated securities and receive a $4,600 annual income and a $24,000 upfront tax deduction. The amount of the deduction is determined by a net present value formula given to charities from Uncle Sam. Alternatively, the Jeffersons could make a $24,000 immediate donation and begin drawing an equal after-tax amount from the remaining $76,000. They could also bequest any remainder funds not spent from this personal investment account.

Under this DIY plan, the university would have immediate access to the initial gift. Additionally, there is a high likelihood that the Jeffersons would be making a second contribution at their death. If we assume their investment account can sustain an average return of 5%, they would still have nearly $40,000 remaining at age 90 and $14,206 at age 100. If they receive an 8% return, their final bequest would be $123,432 at age 90 or $208,006 at age 100. You would have to make some excessively conservative return and inflation assumptions before the charitable gift annuity looks more attractive than the DIY approach just described.

Consider the preference of the charity

Charities provide these gift annuities to give their donor base as many options as possible. However, if a donor was choosing between the gift annuity and the DIY approach, you can be sure a charity would prefer to receive the funds immediately over a promise of payments of uncertain length but certain administrative costs. Both the donor and the charity are better off when this flawed investment vehicle is avoided.