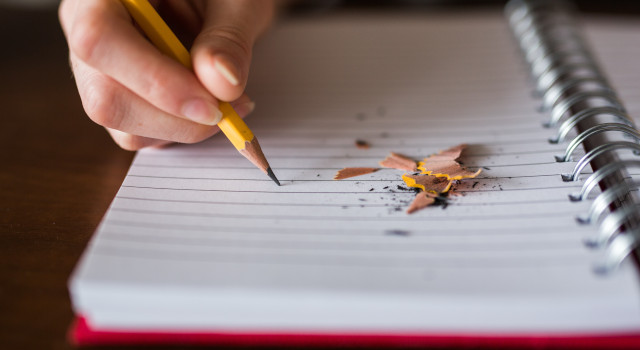 529 plans, or Qualified Tuition Programs as the federal government calls them, are specialized investment accounts to give tax-advantaged savings for education expenses. 529 plans are typically the best vehicle to save for college. Thanks to the 2018 Tax Cuts and Jobs Act, you can now also reimburse yourself up to $10,000 for elementary or secondary school tuition.

Contributions to a Virginia 529 plan offer the account owner a Virginia state tax deduction. Then, distributions to reimburse for any qualified education expenses are distributed both state and federal tax-free.

Qualified education expenses include college tuition and fees; books, supplies, and equipment; expenses for special needs services as required by a special needs beneficiary; expenses for room and board, so long as the student is enrolled at least half-time; the purchase of a computer, peripheral equipment, software, internet access, and “related services;” as well as lower school education tuition. For the most accurate list, you can review the qualified tuition program (QTP) section of IRS Publication 970.

One of the most frequently asked questions regarding 529 plans is:

Can I reimburse myself for last year’s qualified expenses from my 529 plan this year?

Unfortunately, there is no correct answer to this question.

In a 2008 Proposed IRS Guidance, the Treasury Department wrote:

Section 529 is silent regarding whether distributions must be made from a section 529 account in the same tax year as QHEEs were paid or incurred. Concerns have been raised that individuals could allow the account to grow indefinitely on a tax-deferred basis before requesting reimbursement or use distributions in earlier years to pay QHEEs in later years. Accordingly, the IRS and the Treasury Department propose to adopt a rule that, in order for earnings to be excluded from income, any distribution from a section 529 account during a calendar year must be used to pay QHEEs during the same calendar year or by March 31 of the following year. The IRS and the Treasury Department welcome comments on rules necessary to ensure that distributions from section 529 accounts are appropriately matched to the payment of QHEEs.

However, the idea to add clarification to this situation never gained enough traction to become a reality. IRS Publication 970, which explains many matters of 529 tax law, makes no mention of reimbursement withdrawal deadlines. Neither does U.S. Code § 529, which is the U.S. code that governs these account types.

Despite this fact, you can find several places that claim to know the answer.

For example, Joseph Hurley writes in “Avoid these 529 withdrawal traps “:

Although you will not find this rule explicitly stated anywhere in the IRS’ publications or tax forms, the withdrawals you take from your 529 account must match up with the payment of qualifying expenses in the same tax year. If you withdraw the 529 money in December for a tuition bill that isn’t paid until January, you risk not having enough QHEE during the year of 529 withdrawal. Likewise, if you take a distribution in January to pay for expenses from the previous December, that distribution will be a non-qualified distribution.

This is stated more strongly than what rules are currently reality.

In an Advance Notice of Proposed Rulemaking issued on January 18, 2008, the Department of the Treasury and the IRS indicated that they are considering proposing a rule that would require Distributions and expenses to be matched up in the same tax year, or by March 31st of the following tax year. While there is no final rule on this issue, you should consider this possible requirement when making decisions concerning your Account(s).

This is accurate: The IRS may one day add a rule requiring reimbursement distributions occur either in the same year or before March 31 of the following year.

For this reason, most professionals recommend that you strive to reimburse yourself for qualified expenses during the same year as the expense occurred. If you cannot achieve that, then reimburse before March 31 of the next year as a safe back-up. If you still cannot meet even the March deadline, there has not been an official ruling yet on when a deadline is. This makes it unclear whether you can still reimburse for the expenses and a matter you will have to decide with your tax professional.

Photo by Thought Catalog on Unsplash