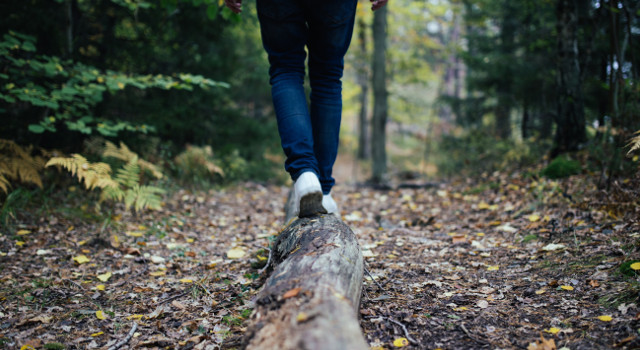 Exactly a year ago I encouraged you to avoid another lost decade in the markets. I recommended a specific balanced portfolio that today is beating the S&P 500 by 9.4%.

At the end of September, the S&P 500 was down 6.9% after one of the most volatile 12 months in the market’s history. Even over the past 10 years it lost money with an annualized return of -0.15%. So although buy-and-hold investors are relieved the markets have recovered much of their losses from lows in early March, all is not dividends and capital gains.

To add to their distress, many buy-and-hold investors did not even receive the market return. They purchased closet index funds with overly inflated expense ratios. Excessive fees sapped value from their investments while the underlying strategy proved fruitless.

Many active investors fared far worse. In their scramble to avoid bloodshed, they sold near the lows. They didn’t get back into the markets until the recovery passed the point at which they had exited. Timing the markets this past year was nearly impossible. The drop was precipitous, but the recovery was equally steep. Those who rebalanced at the low took money out of safe investments and bought into equities just when the outlook was the bleakest. These fortunate contrarians boosted their returns significantly.

So did those people who simply diversified into the blended portfolio I recommended a year ago. That portfolio experienced a 2.48% gain over the past year in contrast to the S&P 500’s 6.91% loss. It beat the S&P 500 by an impressive 9.39%.

If the S&P were a financial advisor it would say, “Let’s buy mostly large-cap growth stocks in the industry that did well last year with a high price per earnings ratio.” The result would be a very aggressive and volatile portfolio that does better at the end of a bull market than at the beginning. And it does miserably at preserving capital during a bear market–exactly what happened over the last decade.

So if you are invested primarily in funds that mimic the S&P 500, a lost decade should be no surprise. If we use market history to run hundreds of Monte Carlo simulations on a portfolio invested in a S&P 500 index fund, projections indicate returns at or below zero about 6% to 7% of the time. This scenario is an astonishingly accurate snapshot of trends in the past 100 years in which six 10-year periods showed no gains. These periods were the 10 years ending in 1914, 1921, 1932, 1938, 1974 and 1977.

If you were invested in the Vanguard 500 Index, your 10-year average return through the end of last month was -0.23%. The official rate of inflation during the past decade averaged 3.0%, but in reality it was probably at least 5%. If you were invested in a S&P 500 fund, your decade-long progress toward your retirement goals has stalled significantly.

But if you were a savvy investor, you did not lose this past decade. If you committed to a balanced portfolio, you experienced both higher returns and lower volatility.

Even a balanced portfolio of just six different common funds could have boosted your 10-year average return to 6.21%. And it would have lowered your volatility from a standard deviation of 16.25% to only 14.83%, a 6.36% better annual return with 1.42% less volatility.

The portfolio I recommended didn’t cherry-pick investments that have done the best recently. Rather it chose widely used funds from each major asset class.

The funds just described have been popular for over 10 years. They have not made their gains from active trading. And they have low expense ratios. These are not necessarily the ideal funds to select today. Nor is this the flawless asset allocation. These are simply reasonable funds in each asset class.

Both in theory and practice, a balanced portfolio has proven to be a far superior way to meet your financial goals. In Monte Carlo simulations, balanced portfolios earn money over a decade, even the bottom 5% of random returns. The exact portfolio construction is less critical than including asset categories with a low correlation to the S&P 500. A well-balanced portfolio should result in good returns with lower volatility. Returns will still vary widely because the markets are inherently capricious, but the worst cases should be considerably better.

Of the six holdings listed here, the best return over the past 12 months was the Vanguard Emerging Market Index (VEIEX), up 17.38%. This holding dropped the most a year ago but recovered even faster.

Downward pressure on the U.S. dollar has continued in recent months. So we are still strongly advocating portfolios that hold a significant percentage of assets denominated in other currencies. These assets include foreign and emerging stocks, foreign bonds and hard asset stocks.

Holding on to an undiversified portfolio will, on average, keep on providing inferior returns with higher volatility. Don’t continue to wait in vain for a poorly balanced portfolio to satisfy your investment requirements. You can’t afford to miss another year or another decade.

Photo by Jon Flobrant on Unsplash