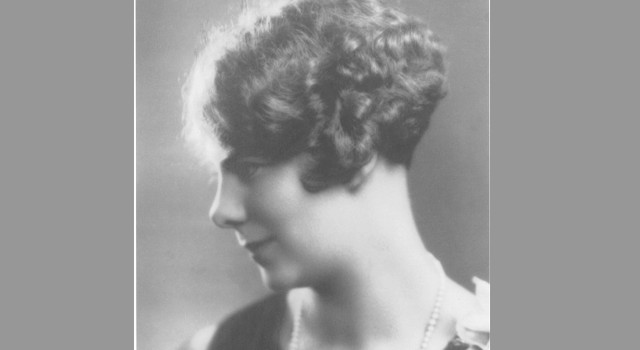 Many of our attitudes are learned from the family stories we grow up with. How we handle our finances will influence generations. The life of my grandmother Florence Mortlock provided me with many life lessons on finance and financial planning.

My maternal grandmother, Florence Mortlock, was born in Nottingham, England on July 29, 1904 as Florence Bellaby. Her father, Joseph Bellaby was a “Warper,” or a tradesman skilled in manufacturing lace. He was recruited by a New York lace company to leave England and come to the United States.

Florence was ill and remained in England when her parents sailed for America. After recovering she made the trip with a caretaker on an ocean liner.

She met and married my grandfather, Donald Mortlock, about 1925 in New York City. Neither of my grandparents went to college, but Donald studied finance in the evenings and completed his banking certificate on May 17th, 1929, which is now displayed in our firm’s conference room. He worked for a firm on Wall Street that made a market in several stocks.

A “market maker” was then, and is today, a firm that stands ready to buy or sell a particular stock on a regular and continuous basis at a publicly quoted price. One of the stocks my grandfather’s company made a market in was American Can. Originally started in 1901, it was one of the growth stocks of the 1920’s because of the increased public appetite for buying prepared food stored in cans.

My grandfather’s job at the firm was matching up the trading tickets at the end of the day. Back then, a busy day in the market might be over a million shares total and he would have to stay late to reconcile his firm’s transactions. Today transactions in the markets sometimes exceeds 2 billion shares.

Donald was working on Wall Street during the crash of 1929. After the crash, the volume of trading got so low he was laid off. For a few weeks he did not tell my grandmother but continued to leave home pretending to go to work. It was not until she tried to reach him one day by calling the office that she learned he had been fired.

During the depression, life was especially hard for my grandparents. A relative offered them the use of a summer house in the country in Carmel, New York. There, my grandfather tried to make money selling food and other things door-to-door. My grandmother did everything she could to be frugal and make ends meet while raising my mother and my uncle.

A week’s worth of food for the family cost five dollars. One week at the grocery store she went to check out and found that she only had four dollars. Somehow, she had lost a dollar! Putting food back on the shelves, she would remark later in life that lost dollar cost her more than any fluctuations in the markets ever could.

Keeping pace with inflation is especially important for your retirement assets. If you don’t, you will lose your lifestyle, then your independence, and finally your dignity. Retirement planning is about maintaining your lifestyle and having something extra for family and fun.

After Donald retired at age 65, they moved to Frankfort, Delaware where he bought a boat and enjoyed fishing. Never one to be idle, my grandfather also founded the Indian River Senior Center in Millsboro. Many of my favorite memories growing up took place during the summers spent at their house near the beach.

My grandfather died in 1981 at age 77. Had you told my grandmother that she would live an additional 22 years she would have again thought you were crazy.

Another conundrum of life came next – my mother died before my grandmother. Soon thereafter, I helped handle my grandmother’s finances. When she did pass away at ninety-nine and a half she was still independent with enough money to last until she was 101.

Planning for a long life is especially important for women. Husbands do a great disservice to their wives if their retirement plan consists of not having enough, spending too much and then dying young. With advances in medicine, living to 100 isn’t as uncommon as it used to be. Your financial plans should take a long life into account. Yes, it is crazy to think that years from now your retirement will cost millions. But, it is smart to do today what will help makes ends meet tomorrow. A good financial planner can help you stay on track and finish with dignity.