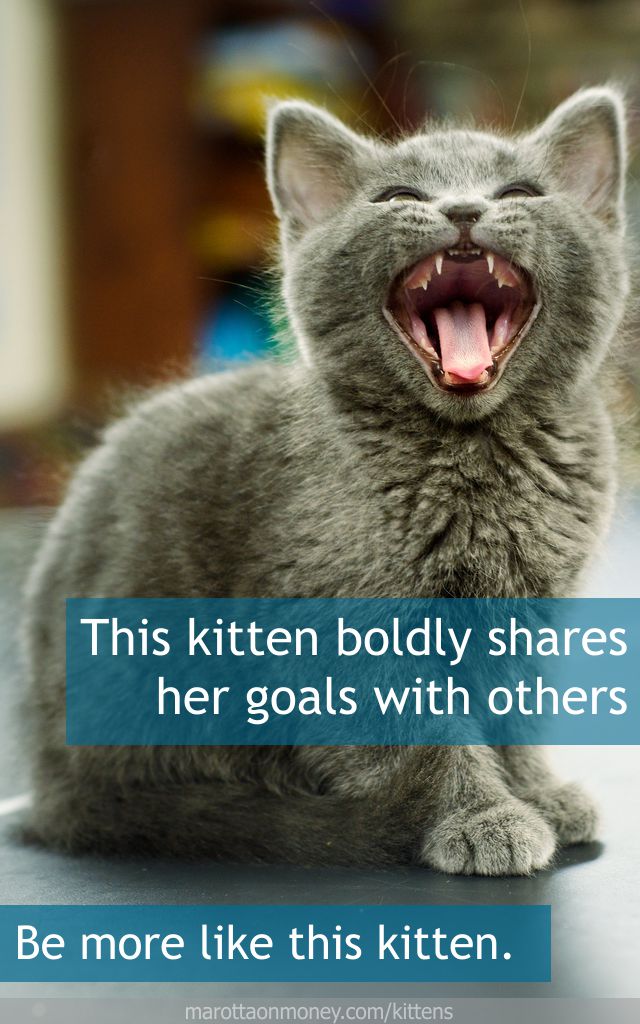 Goals are tricky things. Keeping them silent often leads to forgetting, but proclaiming them publicly can lead to feeling satisfied with your progress before you’ve even started.

That’s why, this kitten always shares her goals boldly with others. When she decides that she will annually compute her net worth or make a gift to charity this year, she tells her friends and family boldly and with grit, “I’m going to do this by January’s end. Help me make this happen.” To which we as well as all her friends and family say:

Photo of Guppy taken by Werwin15 and used here under Flickr Creative Commons.