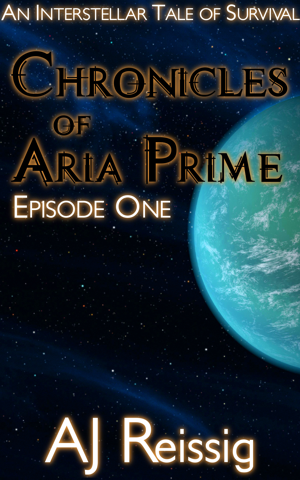 I enjoy science fiction, especially dis-utopian stories which portray the consequences of choices made according to human nature. Combining science fiction, politics, and post-apocalyptic survival is the just published story of Aria Prime.

Today (January 3rd, 2014) the Kindle version of Chronicles of Aria Prime, Episode One is being given away for free.

We present here an interview with the author, AJ Reissig, a writer from Southwest Ohio with a background in chemistry and manufacturing.

How did you come to write the Chronicles of Aria Prime?

Chronicles of Aria Prime is my second book, and began in a somewhat odd fashion. In 2012, I published my first novel, Escape to Freedom, a political thriller. I immediately started on the sequel, Birth of the Republic. Unfortunately, after about two months of work, a major case of writer’s block set in. I was stuck and stuck big time. I didn’t want to stop writing so I decided to write something totally different. In the back on my mind, I had long wanted to try my hand at science fiction, so I did a little background research, character sketches, and set out to write the beginnings of a scifi story. Once I started, however, I couldn’t stop; I was hooked on this story.

The first draft of Chronicles took a little over a month to complete. However, lots of editing was needed. The original version read very much like a Star Trek episode; while that is not entirely bad, it didn’t want to be a Star trek knock off. I received some great feedback from a group a beta readers (people who volunteer to critique per-production novels), and based on their feedback, Chronicles morphed into the form seen today.

I wanted this series to be different than others out there, so rather than write a long novel, I am writing this tale as serialized novellas. Each story is fairly short (in the range of 70-100 pages for a traditional paperback), and a new episode will come out every 2-3 months. This is a win-win for both me and my readers, as I can constantly churn out the new episodes, and the readers don’t have to wait a year or more for the next installment of the story.

Is there a message in your novel that you want readers to grasp?

Whereas Escape to Freedom was an in-your-face political novel, the messages of the Chronicles series are far more subtle. My beliefs in the unlimited potential of mankind, free markets, and rugged individualism are all apparent in the story, although some of these traits will not be explored until later books in the series. One thing that will be an overlying theme throughout the series is that every decision has consequences. This is something far too many people overlook in their political thinking today (for example, Congress’s continuation of kicking the budget down the road).

Besides my writing, I love to play around with woodworking and just about anything outdoors. Hiking, biking, taking the dogs for a walk…it all sounds good to me. 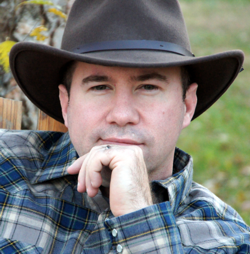 The state of our economy. The massive spending and huge debts are scary, and there is no end in site. We can’t keep kicking this can down the road, and I fear my kids and grand kids will pay the price for our lack of austerity.

How did you come up with the title?

Do you have a specific writing style?

I try to be right to the point, with a not-too-difficult vocabulary. I like great description (other writers have told me this is something I excel in), but I don’t like stories that have descriptions that seem to go forever.