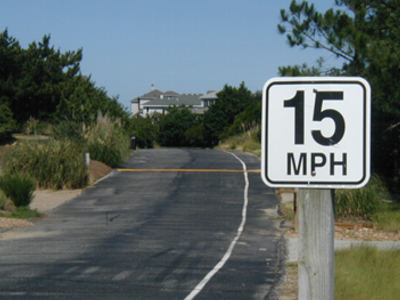 Tax on capital gains is scheduled to rise and become much more complex at the end of this year. Keeping your head in the midst of these changes can help your bottom line.

Currently the tax on capital gains for people in the lower federal tax brackets is 0%. This includes those who are married with an adjusted gross income (AGI) below $70,700 and single taxpayers with an AGI below $35,350.

There should be no capital gains tax because most capital appreciation is just inflation. The remainder is often corporations that use their after-tax profits to make capital expenditures. These capital outlays cannot be expensed. They require retaining earnings, paying the tax and then using the remainder for capital expenditures. Every new store or factory is purchased with what is left after paying taxes. These expenditures cause the price of the business or stock to appreciate, and then a second capital gains tax is levied.

Government should tax either the value of an asset or its yield but not both. Capital gains are simply the value retained after paying taxes. The change in price already reflects a reduction from the taxes paid. Thus any additional tax is double taxation.

With capital gains rising, you may be tempted to realize all your capital gains now at the lower rate rather than risk having to pay the higher rate in the future. But for most taxpayers, that course of action is not a good idea. Your best bet might be simply to sit tight and forgo realizing any capital gains.

Imagine you are a middle-income Virginia taxpayer with a $10,000 investment that has a cost basis near zero. Selling the investment would trigger a realized capital gain of $10,000. This year the federal capital gains rate is 15% plus a Virginia state tax rate of 5.75%.

But with less money to reinvest, there is less of the magic of compounding. Assuming your investments earn an 8% return and you have $2,075 fewer dollars compounding, you will earn about $166 less dollars every year. Beyond three years you would do better to hold on to your original investment and pay the higher capital gains tax later. In this case the correct tax-planning strategy is to realize only those capital gains you will need to withdraw and spend in the next three years.

The best strategy depends on many individual factors. You may be elderly and your heirs will get a step-up in cost basis at your death. You may have large loss carry forwards from 2008 that can offset future gains. If you are in the lowest tax brackets, the best approach is usually to realize as much gain as you can at the 0% federal tax rate even if that means paying 5.75% in Virginia state taxes.

Notice that rising capital gains don’t collect more tax. Instead they deter changing investments and realizing the gain. In our example, unless you can improve your returns by 0.9% annually over the next seven years, it is better to keep your original investment.

Only 13% of income tax returns include capital gains income. In fact, capital gains tax represents only 2 to 3% of total federal tax revenues.

Big government advocates suggest that because not very much capital gains tax is collected, it doesn’t do much harm. They are wrong. Yet again taxation discourages financial activity. The harm will show up in lower gross domestic product growth. It will be reflected in a lack of hiring and expansion. And even a small drag on economic growth will be more detrimental than losing this tax as a source of federal revenue.

I might consider investing for an 8% return. But when 5% is inflation and I have to pay another 1.9% in taxes (23.8% of my return), my real return drops to just 1.1%. And this is why business owners across the United States are playing it safe. The government didn’t help them build their business, and it isn’t the one taking the risk.

There is no reason to hamstring businesses launched by those in the higher tax brackets with exorbitant required returns to break even. Discriminatory tax practices against some of the most productive people in America don’t make sense. A business venture is a business venture, and a dollar is a dollar. It isn’t fair, and it particularly hurts the poor and most vulnerable members of society who depend on economic expansion for better paying jobs and lower prices.