Most of the time when you contribute to a traditional IRA, you are able to contribute pre-tax money, and you take a deduction for this on your taxes. The money grows over your working career, and when you retire and start taking money out of your retirement account, you are taxed on the money you are taking out, which makes sense, because the money was not taxed on the way in.

Let’s take an example. Sylvia Saver puts $5,000 in non-deductible contributions into an IRA in 2004. She has 2 other IRAs, and contributes deductible amounts into them. She invests all the accounts, and in 2014, she has 3 IRAs, worth $10,000 each.

Sylvia wants to convert $7,000 from IRA #1, the one with non-deductible contributions, to a Roth. She thinks that when it comes time to pay taxes, she can move $5,000 tax-free, and will pay tax on the $2,000 earnings. Sylvia also converts $3,000 from her third IRA to a Roth, and anticipates being taxed on the whole amount. 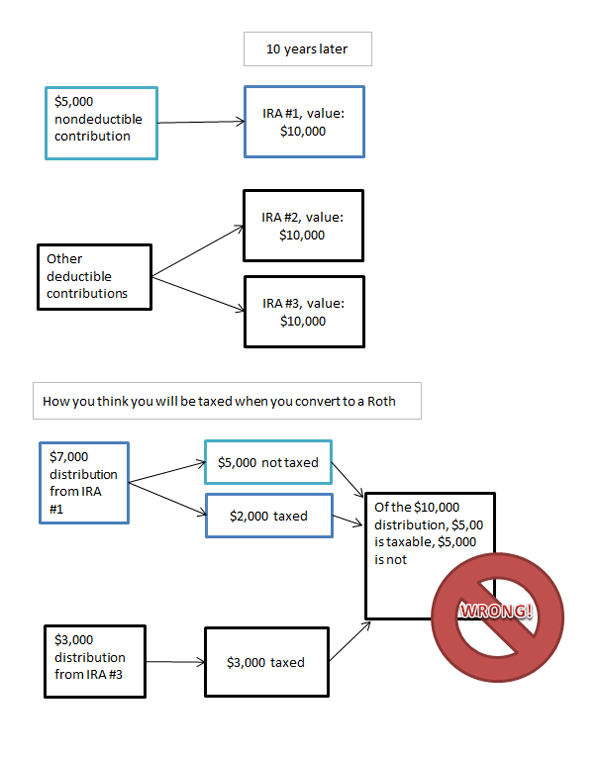 Her tax preparer informs Sylvia that this is not the case. He quotes from the Slott Report, a blog devoted to answering questions about taxes: 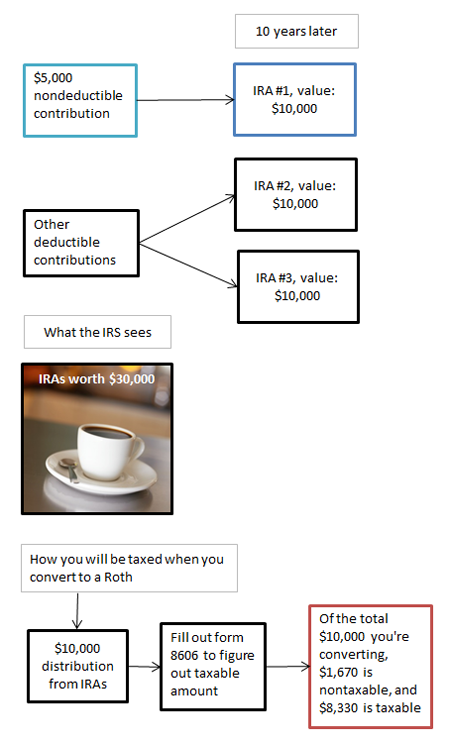 The bottom line is that the IRS views all IRA assets as one pile of assets. Just remember: when the cream (non-deductible contributions to an IRA) is poured into the coffee (deductible contributions and investment earnings), the IRS can’t tell the difference between the two anymore, and you have to figure out the ratio of cream-to-coffee for tax purposes.