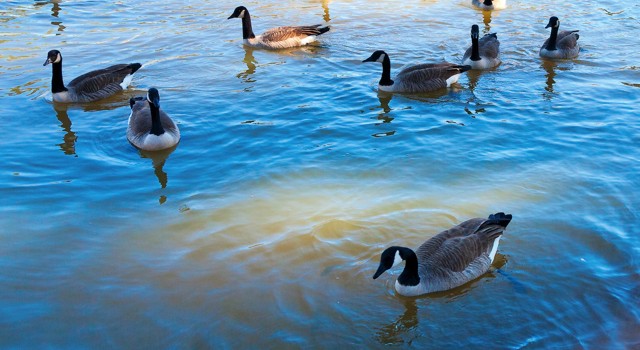 Stocks did very well in 2016. By comparison, bonds did not perform as well, although they did better than leaving the money in cash. 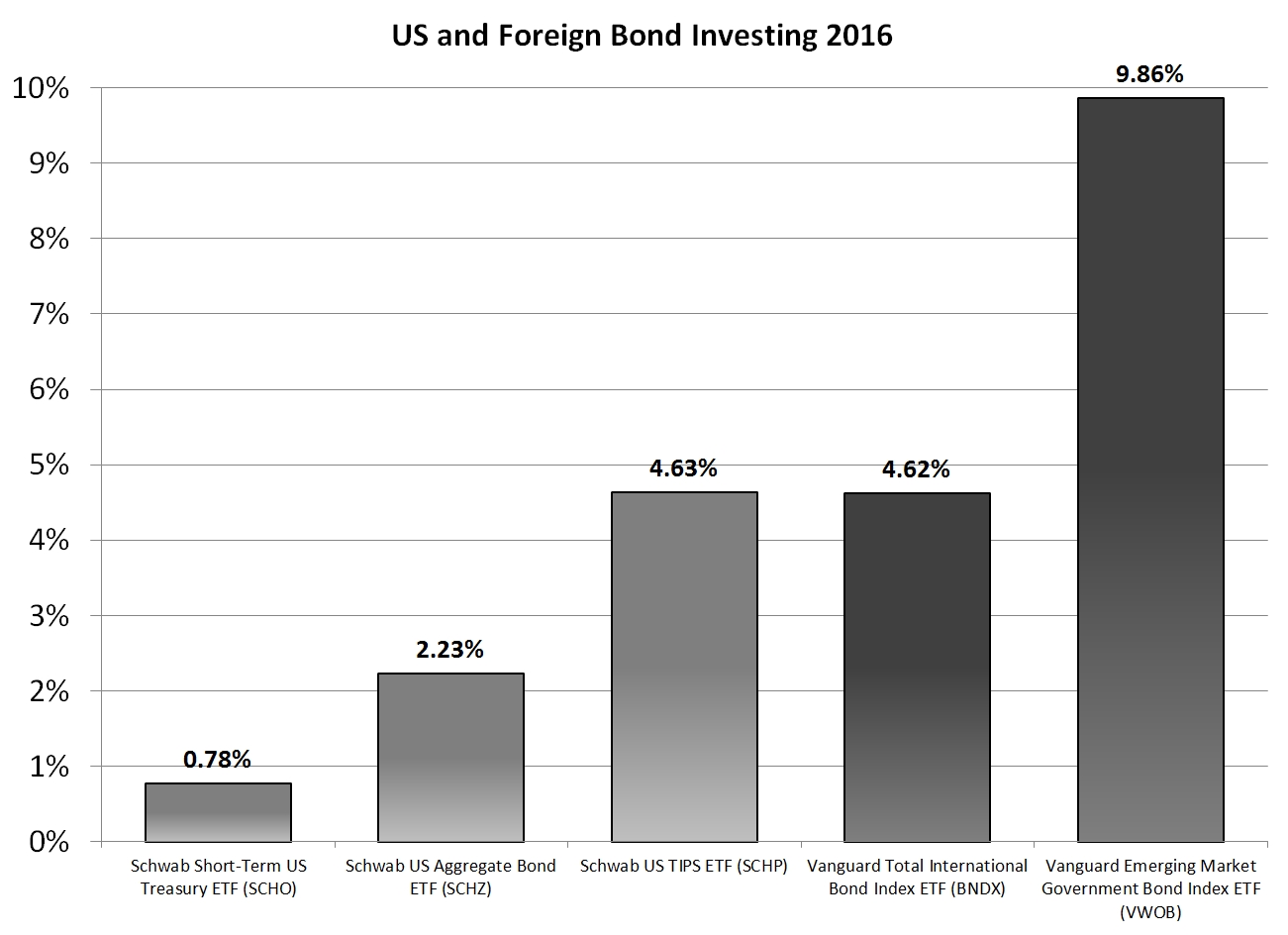 The reason to have stocks in your portfolio is for appreciation. Stock returns generally average 6.5% above inflation. For assets that won’t be needed in the next seven years, it is often safest to invest those assets in stocks in order to do more than just keep up with inflation which would not increase your actual purchasing power despite increasing your account value.

The reason to have bonds in your portfolio is for stability. For money which will be needed in the next five to seven years, it is often safest to keep that money relatively stable and invested in cash or fixed income. Historically, bonds have averaged 3.0% over inflation, but recently the government has kept bond interest rates relatively low, corresponding to historically low returns. Inflation in 2016 was 2.1%. And while we would wish that bond returns were at least 5.1%, only emerging market bonds as measured by the Vanguard Emerging Markets Government Bond ETF (VWOB) had returns which exceeded that amount.

Second, even when a bond fund shows small capital losses, the total return of the bond can still be positive. Normally we expect a bond fund to have no capital movements. We expect the bonds to hold their value while they simply pay interest. A bond fund paying 2.5% interest can have a capital loss of 2% and still have a total return which exceeds money market or bank interest rates. Even in a rising interest rate environment, investing in bonds can do better than keeping the money in cash so long as interest rates rise slowly enough that capital losses do not overwhelm interest payments.

Additionally, it is interesting to note that inflation-protected securities as represented by the Schwab US TIPS ETF (SCHP) appreciated more than the US Aggregate Bond Index (SCHZ). Investing in TIPS provides some inflation protection to your bond portfolio while still keeping your bond allocation within the United States.

The different levels of returns within the bonds asset class means that you can structure your investments even further based on when you need the money, with high-stability low-return bonds for the near future and lower-stability higher-return bonds for the money you don’t need immediately. This is called laddering and follows the same logic that recommends investing long-term savings in stocks for their higher appreciation and short-term savings in bonds for high stability; it is just the same principles applied within the bond asset class.

Here is a good example: keep six months of safe spending in cash, and the next six years of spending invested in these five funds as follows:

If you think about your bond investment as a ladder made up of rungs reflecting when you need the money, you can have confidence that the money invested in the Emerging Market Bonds has 4.8 years before you will need to spend it. While bonds do fluctuate in value, they have a smaller standard deviation than stocks. Even though the Emerging Market bonds have higher volatility than other bonds, that is why they have a larger return over the long-term.