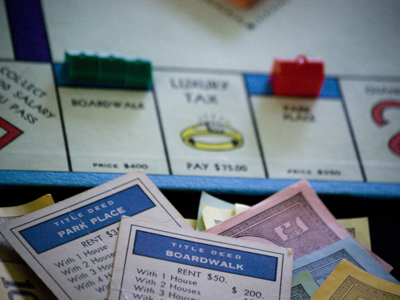 Your top-level asset allocation determines both the ultimate return you will receive and the volatility you will experience. Your investments should be working for you, appreciating more than inflation to become an engine of growth that pays you money and provides some measure of financial freedom. A combination of stocks and bonds with low expense ratios and a tilt toward stocks provides the best tuned engine of growth.

Many other assets fare worse than these two categories. Understanding the average appreciation of these assets can help you model retirement projections and decide to invest or not.

Commercial real estate barely appreciates at the rate of inflation. Actually, it depreciates against inflation by about 1% a year. Fortunately, it should produce enough income to overcome this depreciation and produce a real return of about 4.9% over inflation. We invest in Real Estate Investment Trusts (REITs) that are publicly priced and traded as equities on the stock exchanges.

Similar equations can be used for residential real estate. On average it produces slightly less income, giving a real return of 4.1% and growing to have a buying power of $273,000. Obviously all real estate is subject to the increasing desirability of the area where it is located. Some excellent school districts have experienced appreciation significantly greater than inflation. But many rural communities have barely kept up.

A few years ago real estate was the darling that appreciated at over 1% a month. Now in parts of Michigan, Florida and California, those same homes are going for 20 cents on the dollar in foreclosure sales.

Remember that the house you are living in is an expense, not an investment. An investment pays you money. Although the principal portion of your mortgage payment is forced savings that will nearly keep up with inflation, it doesn’t grow and work for you. Because you are occupying the house, you forgo the rental income that would provide the real return above inflation.

At least gold holds its value. Cash loses its buying power by the rate of inflation. After 25 years, although you might still have $100,000 in cash, it will only have the buying power of about $32,000. An inflation rate of 4.5% is devastating over the long term.

Fixed annuities act like cash. They lose their buying power quickly over time. Even if you could get an immediate annuity paying 7% at age 65, it would still be a bad deal. Seven percent sounds good only because you fail to take into account the immediate loss of 100% of your principal. If you die any time during the first 14 years, your return would be zero. You would only have received your own money back.

Assuming you live an average lifespan, your return would be 3.06%, not even keeping up with inflation. And even if you and your spouse both lived to be 100, your annual return would only reach 6.35% or a 1.85% real return, which is worse than an all-bond portfolio.

Immediate annuities initially seem like sufficient spending money, but that’s only because they are front-loaded with buying power. If you want to maintain a certain standard of living, you should save some of the initial payout to supplement purchasing power at the end.

Even if you could purchase a $100,000 fixed annuity paying 7%, or $7,000 a year, you should only spend half of that amount. You would need to save the other half to supplement your spending later when you need more money to keep the same lifestyle.

Social Security is a little like a fixed annuity. Because it is indexed to the government’s official inflation numbers, it doesn’t keep up with real inflation. As a result, Social Security has a real return of about -2%

No one should count on Social Security. Had the money we’ve paid into Social Security been saved and invested in almost anything, every senior would be retiring as a multimillionaire. Until our Social Security system is privatized–like the one in Chile–it is not an investment you own. It is completely subject to the political risk of the next stroke of the pen. Inevitably Social Security benefits will be means tested so that people with more than a certain amount of assets, say a half million dollars, will no longer receive benefits.

We pencil Social Security payments into retirement equations tentatively and then see where we are without considering them. The younger the client, the less chance of collecting even the smallest fraction of what was contributed.

If you can’t put more money into your savings, then your purchase simply allowed you to increase your spending someplace else and was neither an investment nor did it save you any money. This principle should be applied toward anything that salespeople are apt to call an “investment,” such as energy-efficient cars or time-share rental property.

Just calling something an investment doesn’t make it so. Investments should appreciate at a rate that grows faster than inflation and gains purchasing power. And spending your money on non-investments can jeopardize a plan to reach your goals of financial freedom. Investments should work for you, paying you money that you can spend or reinvest elsewhere.