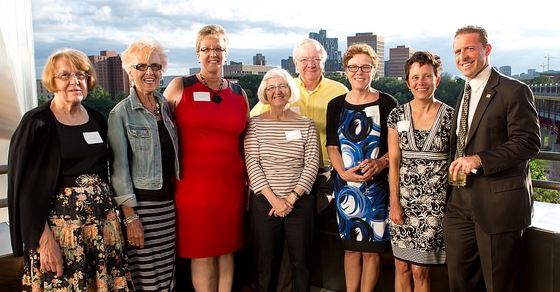 Ameriprise advisors are “fee-based” advisors who charge fees for their services in addition to collecting commissions based on performance. I believe that such arrangements are fraught with conflicts of interest and result in higher costs for less service than a fee-only fiduciary approach. Apparently Ameriprise employees agree.

Ameriprise Financial Inc. Thursday settled a four-year-old lawsuit that was filed by its own retirement plan participants who claimed the company cost them millions of dollars in excessive fees.

It is ironic that Ameriprise’s own employees would prevail in court by arguing that Ameriprise breached its fiduciary duty in its 401(k) plan because of high fees and expenses when Ameriprise agents routinely apply the same practices to their clients. The article goes on to report:

In 2011, Roger Krueger and a group of Ameriprise plan participants filed suit against the firm and the committees that oversaw its employee benefits administration and 401(k) investments.

The Ameriprise plaintiffs claimed that investments in the company’s 401(k) plan included funds from the firm’s subsidiary RiverSource Investments, which is now known as Columbia Management Investment Advisers.

Plaintiffs also said that RiverSource and Ameriprise Trust Co., which was the record keeper of the plan, received fee revenue from employees’ plan dollars. The plan participants also allege that the funds were costly. For instance, they alleged in their suit that the cost of target date funds from RiverSource ranged from 84 to 92 basis points, which was 74 basis points more than an alternative from Vanguard.

A fundamental fiduciary principle is to avoid self-dealing. Another is to avoid potential conflicts of interest. A fiduciary is required to put the client’s best interest first. The Center For Fiduciary Studies says:

A fiduciary owes a singular duty of loyalty to the investor(s) he or she serves. This stands in stark contrast to the divided loyalties of a nonfiduciary, such as a broker. Arguably, the principle could stand alone as the “golden rule” of fiduciary duty. An assessment of whether a trusted advisor has violated the fiduciary duty of loyalty may well boil down to whether the best interests of a client have been compromised by an advisor’s incompetence, negligence, deceit, self-dealing, or failure to recognize and resolve a conflict in the client’s favor.

Ameriprise’s employees shouldn’t have been surprised that their company would treat them like it treats its clients. And Ameriprise’s own employees found its practices troubling, it should raise a large red flag for potential investors.

You can visit the SEC’s registration website to determine if a prospective advisor is “fee-based” like Ameriprise or fee-only and doesn’t receive commissions. Or you can visit napfa.org to find a NAPFA fee-only fiduciary in your area. Look for someone who will put your best interests first.