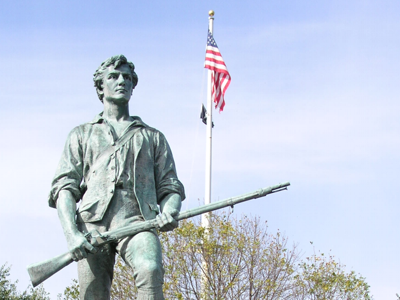 Currently homicides are largely committed by minority men age 18 to 39 with criminal records in urban areas killing others in the same demographic. Disputes related to drug trafficking cannot be settled in a court of law. Neither is gang competition as easy to regulate as interstate commerce.

An estimated 50% of murders are drug related, with people often high on drugs when they are arrested. About 80% of these murders are gang related. Surveys find that perpetrators committed their crimes to support their drug habit or to defend their drug-dealing business.

Changing the situation is extremely difficult. Families in this subculture often lack fathers. And the absence of a father or an intact marriage is a prime indicator for drug use and trouble with the law. Some argue that legalizing drugs would reduce the economic incentives related to violence. Perhaps, but efforts to encourage stable marriages in poor inner-city neighborhoods might contribute even more to lowering drug violence.

Washington, D.C., has become much less violent over the past decade, accomplished largely by changing who lives there. The district tore down public housing units and replaced them with expensive upscale apartments. It offered generous tax breaks to businesses. The rise of federal employment and the associated lobbying drove rents up and poor residents out.

In other words, Washington, D.C., changed the composition of the residents, and the resulting gentrification changed crime statistics for the better. Moving the problem isn’t really a solution, however.

Economic troubles invite trouble. The most dangerous city in America today is Detroit. Prosperity would certainly help. A thriving economy may be one of the best ways to reduce crime.

Some suggest that gun accidents in a home are four times as common as intruders being thwarted by a gun owner. A 2001 study by the Centers for Disease Control and Prevention (CDC) estimated there were about 18,500 gun-related deaths or emergency room visits that year.

In the past four months, three break-ins have occurred in our neighborhood. Another house we own was also broken into. We slept the soundest when our next-door neighbor was a state police officer and parked his patrol car out front. The idea that one honest citizen in 125 might actually be using guns to thwart criminals every year is hardly a stretch of the imagination. Limit their ability and you risk the safety of all of us.

Game theory suggests that home occupancy and gun ownership discourage home invasions. Any added risk due to having a gun in the house is balanced by this deterrent. Perhaps the optimum situation is to be the only household without a gun in a neighborhood where most homeowners are suspected to have one. Or maybe it is just wise to understand gun safety and be prepared to use one.

Gun safety for self-defense is considered an unalienable right according to the Second Amendment. Precedent can be found in the English Bill of Rights of 1689. It was passed in response to James II’s attempt to disarm many Protestants and maintain a standing army.

In 2008 the Supreme Court used this to interpret the Second Amendment as supporting an individual’s right not to be disarmed by the state. The Court also determined that self-defense included “resistance to either private lawlessness or the depredations of a tyrannical government (or a threat from abroad).”

Private lawlessness has been discussed. But that the Second Amendment includes protection from the government is a situation most Americans shrug off as unthinkable. Government pronouncements are not absolute, however. And if they are not, a theoretical situation exists where resistance is the right course of action.

The idea of armed resistance in the United States may seem highly unlikely today, but any student of history must admit the possibility. Second Amendment protections may help keep the need for it unlikely. Ignoring the possibility is a mistake free people get to make only once.

History teaches us that tyranny, military coups and genocide are made easier by first limiting weapons in the general populace. We do not face the threat of a tyrannical government today that justifies its overthrow, but the Founding Fathers left the possibility that a future tyrant would require an armed insurrection. After all, they had just experienced one of their own.

In any event, gun control issues are not as easy as simply adding more laws. Violent people will find the means to execute their violence. Perhaps arming good people to defend our schools isn’t such a bad idea after all.