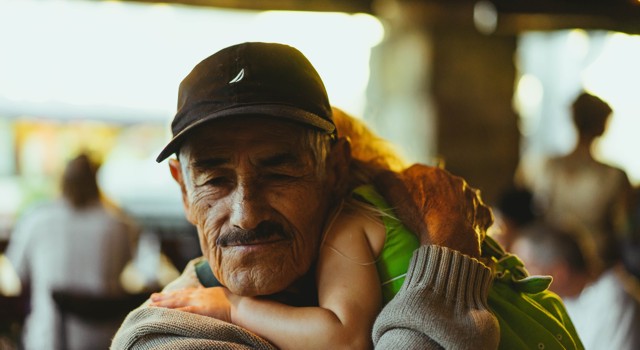 While many parents are struggling to fund their retirements adequately, the size of some grandparents’ estates are prompting them to look for ways they can avoid paying excessive taxes. One effective estate-planning technique is using a 529 account both to fund their grandchildren’s college and also help them avoid significant tax liabilities.

Families are finding it increasingly difficult to save for college. Four years costs about $55,000 at a public in-state school. With college inflation averaging 6.2% in the past decade, new parents in 2008 can expect the bill to swell to $160,000 by the time their children graduate from high school at age 18. Private schools are about twice as expensive.

Imagine Grandma and Grandpa Smith. Having come of age during the Depression and World War II, they built great wealth through an entrepreneurial can-do spirit. They are reluctant to subsidize their grown children, who already spend more frivolously than they should. But they love their grandchildren and support giving them as much of a debt-free higher education as they can achieve. And, of course, saving on taxes is a welcome benefit as well. So funding a 529 plan for each of their three grandchildren is an easy choice for them.

The Smiths can also use 529 plans to reduce their large estate. Anyone can gift $12,000 per person without being subject to the gift tax consequences. With a 529 plan, you are allowed to give five years ($60,000) all at once to get the account started by filing tax form 709.

Great benefit accrues to gifting the entire $60,000 in the first year rather than gifting $12,000 a year for five years. By putting the entire gift upfront, all of the growth is compounding completely in the child’s estate. Gifting $12,000 each year leaves the remaining $48,000 compounding in the grandparents’ account, exacerbating their estate-planning problem.

But gifting the entire $60,000 in the first year puts over $16,000 in extra compounded growth out of the Smiths’ estate by the end of the fifth year. This extra contribution will continue to compound in each grandchild’s college account for further savings. Because both the Smiths have an account for each of the three grandchildren, the extra estate exclusion by funding them upfront is $96,000. At a 45% estate tax rate, they will avoid $43,000 in estate taxes by the end of the five years.

And the tax-free compounded growth continues to provide estate tax savings. Over the 18 years before the Smiths’ grandchildren go to college, the compounded growth is both tax free and out of the Smiths’ estate. After 18 years of growth at 10%, their initial $360,000 investment will have removed over $2 million from their taxable estate, for a total estate tax savings of $900,706.

There is also a savings from tax-free compounding. Had the investments remained in the Smiths’ accounts, the growth would at least have been subject to a 15% capital gains tax, if not higher. Avoiding this additional tax saved another quarter of a million dollars.

And after 18 years, as if to add the cherry on the top to all of these tax savings, each account will be worth $333,595. Stanford, my alma mater, currently costs more than $60,000 for four years. Growing at 6.2%, after 18 years it should cost about $180,000. With two accounts each, the Smiths’ grandchildren should only be limited by their drive and academic achievement.

You might wonder why Grandma and Grandpa Smith are overfunding their 529 plans with more money than their grandchildren will likely spend on college. Any unused money can be allocated for the college expenses of future generations. Beneficiaries can be changed to the children, stepchildren, grandchildren, parents, grandparents, aunts, uncles and first cousins. After the grandchildren have finished college and gone through graduate school, the beneficiary of any existing money can be changed to their own children. The Smiths could be starting an educational dynasty with generations of tax-free growth.

The Smiths retain full control of these assets, even though they have been removed from their estate. Typical estate-planning instruments would require the Smiths to make irrevocable gifts. But with 529 plans, they can switch the beneficiary, change owners or even withdraw money for their own use if they are willing to pay the taxes and the 10% penalty on earnings. They could even make themselves the beneficiaries and enroll in classes themselves. If one of their grandchildren receives an athletic or academic scholarship, the Smiths can receive a tax-free refund up to the amount of the scholarship. And with a grandparent as the owner, a 529 plan is not considered as a resource for financial aid.

Unlike 529 savings plans, we do not recommend prepaid college tuition plans. At best, they match college inflation, and if used at an out-of-state institution, returns may not even keep pace with inflation. Virginia has several different flavors of 529 college savings plans. VEST, the Virginia Education Savings Trust, is marketed directly to the public. Another, CollegeAmerica, is offered through financial advisors. It has different share classes, some of which have loads that make them unattractive. No-load shares are available through fee-only financial advisors. The advantage of CollegeAmerica is that it allows an advisor to create his or her own asset allocation mix from a few dozen different funds.

The plethora of choices can often paralyze parents and grandparents from doing anything. To help, Matthew Illian CFP® will discuss how to evaluate college savings options at the next nonprofit NAPFA Consumer Education Foundation meeting on Saturday, April 19, 2008, from noon to 1:30 p.m. at the Northside Library Meeting Room in the Albemarle Square Shopping Center. To learn more about the NAPFA Foundation, visit http://www.napfafoundation.org/NAPFAfoundation_Charlottesville.htm.

Photo by O.C. Gonzalez on Unsplash