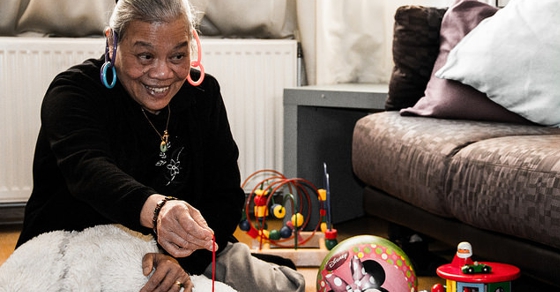 Many people are unaware that the IRS can tax gifts. Even fewer are aware that the IRS has a special surtax just for gifts from grandparents to grandchildren. This is called the Generation-Skipping Transfer Tax (GST) and is downright punitive.

You can run afoul of gift taxes when you give more than an annual exclusion limit (currently $14,000) to a single individual over the course of a tax year. This includes cash gifts and the fair market value of objects given as gifts. The tax rate is a whopping 40% on the amount that exceeds the annual exclusion limit.

The Generation-Skipping Transfer Tax kicks in when you make a taxable gift to a single related individual more than one generation younger than you, most commonly, from grandparents to grandchildren. This tax is in addition to the gift taxes that are owed on the gift. It only applies to the amount you give in excess of the annual exclusion limit and its tax rate is also 40%. Combined with the regular gift tax, this means the IRS can tax you 80% on a gift to your grandchild.

One note of good news is that if you do incur these taxes, you can pay for them by reducing the amount of your estate that would be exempt from estate tax. If you are likely to owe estate tax even after you take into account the $5.45 million per-person estate tax exemption, this can be a good strategy.

Also, gift taxes and the Generation-Skipping Transfer Tax apply on an individual level, unlike income taxes. This means that a couple can give $28,000 to each grandchild tax-free by having each spouse give $14,000.

At first glance, the Generation-Skipping Transfer Tax seems outrageous, but it is an unfortunate logical outgrowth of the estate tax. The estate tax already rests on a shaky philosophical foundation made clear by the wry joke “no taxation without respiration.” The link the Generation-Skipping Transfer Tax has to the estate tax is made evident by the ability to use your estate exemption to pay it off. Understanding it requires stepping into the shoes of policymakers and the U.S. Treasury.

The estate tax exists due to fears of dynastic wealth. The only solution seemed to be to have the government confiscate wealth to put it back into circulation by spending it elsewhere, returning the money to the general populace via the regular action of commerce.

Now that we have the estate tax, the U.S. government is legally entitled to a portion of large estates, payable at death. But when wealthy citizens decide to give away a large portion of their wealth, that reduces the amount they will own at death and deprives the U.S. Treasury of the tax they are owed on that portion of the estate. The gift tax closes this loophole by taxing gifts large enough to affect someone’s estate at estate tax rates, effectively collecting estate tax pre-mortem.

Many people wealthy enough to worry about the estate tax would cheerfully give away enough money during their lifetime to people they care for rather than lose 40% of the inheritance they could pass on to the government. So the gift tax solves the problem of wealthy people wanting to give as much as possible to their children.

But children can also have children. This conundrum spawned the Generation-Skipping Transfer Tax. This is what the government thinks wealthy people should do: hold on to all their money until they die, pay the estate tax, have their children inherit it who should then hold on to all of it until they die, and then have their children inherit it. Coincidentally, this is also the way the government gets the most money.

Like the gift tax, the Generation-Skipping Transfer Tax is a logical necessity but that makes it no less absurd. The fact that we have an 80% “generous grandparent” tax is ridiculous.

Unfortunately, there is little chance of it going away. It is hard to abolish something few people know about. And for those who know, many will not care because it only affects people wealthy enough to be extremely generous: because you can pay the tax by reducing your lifetime estate exemption, the only time you’ll pay the Generation-Skipping Transfer Tax is if you make over $5.45 million of taxable gifts within your lifetime.

But no matter the details or how many people it affects, the principle is still wrong. Nobody can maintain the moral high ground while demanding that a generous grandparent give the government 80% of the money they gave their grandchild.

The Generation-Skipping Transfer Tax exists to close a loophole in the estate tax. The only way it can be repealed is if the estate tax is repealed with it. Perhaps facing our fear of dynastic wealth and putting the estate tax to rest would be worth it when it will free the IRS from going after doting grandparents.