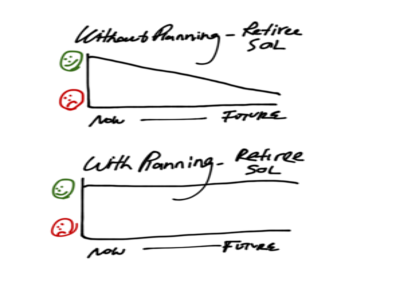 Every year it gets harder to live off a Social Security paycheck. Cost-of-living adjustments (COLAs) fail to keep up with the true out-of-pocket expenses. Retirees must plan to supplement this slowly dwindling paycheck or risk having to make hard sacrifices during what is supposed to be their golden years.-

The current proposal to amend Social Security with a reduced inflation calculation called “Chained CPI” is a joke. Every retiree who has looked into an assisted living facility knows that the cost of housing and health care for retirees is skyrocketing. Reducing grandma’s income through gradual and stealthy adjustments is dishonest and should be a national embarrassment.

If there was ever a time our federal government should take responsibility for transparent price stability for pensioners, it is now. In this age of unprecedented central bank monetary policy followed by Ben Bernanke and Co. and their counterparts in the developed world, retirees should expect more.

In 1972, for the first time, Congress authorized indexing Social Security payments to the only Consumer Price Index (CPI) measure available. Later this index was named CPI-W for “worker.” Before that time, COLAs had to be passed by Congress, which usually only occurred during election years.

To close budget deficits, the federal government began to water down what was intended to help retirees maintain their lifestyle. Beginning in 1981, government officials began tinkering with the original calculation of the CPI. Many of these adjustments were reasonable. For example, if the price of oranges relative to grapefruit goes up, consumers are likely to purchase more of the less expensive fruit. Other adjustments were less acceptable, however. No one but the government confuses a chicken wing with a sirloin steak. In fact, even the Big Mac Index shows that official CPI underreports inflation.

Although these efforts were pursuing a more dynamic measure, retirees were still left with less. It’s easy to imagine how any attempts to create a more accurate measurement will succumb to political pressure. The general public finds CPI calculation adjustments hard to perceive and this offers bureaucrats the perfect veil for silent spending cuts and increased taxes.

Underreported inflation means that Social Security paychecks will slowly but surely lose purchasing power. And because official CPI adjustments fail to keep up with reality, taxpayers will slowly creep into higher tax brackets and pay bigger bills to Uncle Sam even when their wages stagnate.

The other problem is that CPI calculations currently underreport the explosion of health care costs. Over the last two decades, health care expenses have grown more than twice as fast as all other market basket items.

CPI-W only assumes that medical care expenses consume 5.7% of a retiree’s budget. Retirees know instinctively this is a low ball estimate. A recent report by the Urban Institute suggests that out-of-pocket medical expenses are on their way to becoming 18% of a retiree’s total budget. To compensate, the Bureau of Labor Statistics (BLS) has created a relatively new CPI measurement targeting elderly consumers known as CPI-E that counts medical care as a more reasonable 11.6% of the household budget. However, Social Security has yet to switch its CPI calculation to the more realistic CPI-E weightings.

John Williams of shadowstats.com calculates the CPI the old way. He estimates that inflation is running 2–3% higher than the BLS numbers. We take a less aggressive position and assume that current and future adjustments will likely be off by 1% over time.

A 1% underreporting means that after 30 years, your retirement benefit will be 33% lower than what it would have been had the more accurate measure been used. After those three decades of inflation adjustments, it’s a $1,877 difference for a 92-year-old retiree who needs every penny.

To prepare for this gradual slippage, retirees need a plan to compensate. This strategy defers some part of the earlier years of income into the later years when inflation adjustments need to be supplemented.

To assist our clients in this calculation, we adjust for this loss of future value by discounting the net present value of future payments by 1%. We then divide this present value by the number of months until our client reaches age 100.

In the case of a client we’ll call Deborah, the method just described reduced her recommended safe spending to $911.09 from a monthly Social Security benefit of $1,165.

Failing to make these types of adjustments makes you more likely to run out of money before you run out of years. To make matters worse, new so-called adjustments are being proposed that will further reduce CPI adjustments by an additional 0.5% per year. This new plan, called “chained CPI,” will be aptly named if Congress enacts it.

Reducing government deficits to more manageable levels is a goal all Americans can support, but it must be done with integrity and not through an invisible tax on retirees that accumulates over time. These hidden taxes further complicate retirement planning and usher unwitting retirees down a slow path of a reduced standard of living.