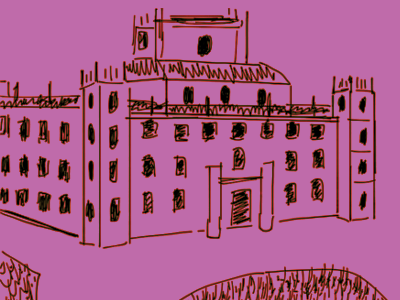 Lord Grantham, the master of Downton Abbey, continues to offer insightful financial lessons as he bumbles his wealth management responsibilities. My earlier column drew attention to the earl’s guilt and shame over his role in the loss of a second great fortune. However, the best financial decision Lord Grantham has made was to refuse his son-in-law Matthew Crawley’s proposal to simply turn over his newfound inheritance. In great wisdom, Grantham invites Matthew to become a co-owner.

In offering Matthew an immediate ownership stake in Downton, Lord Grantham gets much more than a lifeline for the estate. He receives a highly incentivized partner, which seems to be more than he bargained for.

Lord Grantham appears to like the idea of financial partnership more than the reality. He charitably invites Matthew to review the estate’s financials right away. It seems he expects a big pat on the back for a job well done. But that’s not what he gets.

Good managers know that injecting new capital into a failing business only prolongs the inevitable. Throwing good money after bad would destroy the wealth of not only the Crawley family, but also all those who live in the Yorkshire county estate. Tough decisions must be made. The financial flourishing of the entire region depends on healthy business management.

Small businesses may begin to flounder when the second generation inherits the success but not the enthusiasm and skill of the earlier generation. To protect relationships, these poorly run businesses are allowed to deteriorate quickly in a highly competitive economy. As the business fails, it’s not just the owners who suffer. Many workers will lose their jobs due to poor management.

As Matthew is walking his wife Mary through a fallow estate-owned farm, he is conducting a delicate campaign to convince the family that management changes need to be made. I wanted to step in and introduce him to Joel Salatin of Polyface Farm. Joel’s story, highlighted in the agribusiness documentary Food Inc., of turning a worn-out and eroded old farm near Staunton, Virginia, into a healthy and productive resource, is a wonderful example of responsible husbandry. This once abandoned capital resource now feeds thousands and employees more than 10 full-time employees and as many summer and year-round interns.

When you multiply the story of Joel Salatin and Polyface Farm by a million, you have a vibrant and healthy local economy. The economic pie grows as resources are planted in fertile soil and traded freely. This is the basic truth of Adam Smith’s Wealth of Nations, and it relates as much to kings and earls of old as it does to today’s modern man and woman.

According to Matthew, Lord Grantham seems to equate the nature of business management with being mean. Sadly, this mindset seems quite popular today. The excesses of Wall Street in collusion with political power has pushed many to reject the moral nature of a free market. And yet, America will only remain a land of opportunity as long as business owners and managers pursue new investment ventures.

In any business, it is critical to identify highly competent managers. If Lord Grantham’s only contribution to the family’s finances is to share oversight with Matthew Crawley, it could not have come at a better time. I expect that the Oracle of Omaha would agree. If there is one theme that continually runs through the public statements of Warren Buffett, it is that sound investments will always focus on companies with managers of competence and integrity.