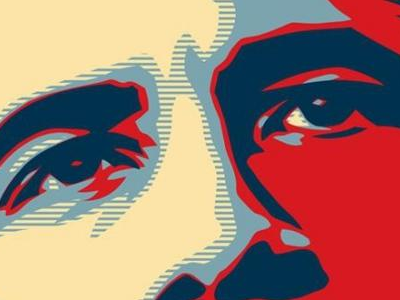 On July 2nd, 2012 the law changed allowing the United States’ government propaganda programming to be transmited within the United States. Since 1948, the Broadcasting Board of Governors (BBG) has been prohibited from disseminating its material due to the Smith-Mundt Act. This year, the National Defense Authorization Act for Fiscal Year 2013 amended the act to remove the prohibition and allow the State Department and the BBG to produce materials and release them within the United States. Wikipedia explains the purpose of the Smith-Mundt Act this way:

The shift from wartime to peacetime “propaganda” operations was not taken lightly by Congress, especially with fresh memories of President Woodrow Wilson’s Committee for Public Information (CPI), President Franklin D. Roosevelt’s Office of War Information (OWI), and the Nazi propaganda machine. But there were other, deeper concerns the Congress focused on.

Congress harbored significant reservations about empowering the State Department. The key issue was not whether US Government information activities should be known to the American public, but whether the State Department could be trusted to create, manage and disseminate these products.

The BBG includes Voice of American, Radio Free Europe, Radio Liberty, the Middle East Broadcasting Networks, Radio Free Asia, and the Office of Cuba Broadcasting. Its budget, fully funded by the taxpayers, is over $750 million. Its mission statement is supposed to “support freedom and democracy.”

In one of the few articles by the Voice of America’s on the Affordable Care Act, Final Obamacare Push Will Pitch to Low-income Young, they say nothing about the higher health insurance premiums, loss of spousal benefits, reduction to part time, or loss of health insurance plans. Instead, they write:

The Affordable Care Act (ACA) – widely referred to as Obamacare by many Americans – has already begun to bring fundamental changes to the $2.8 trillion healthcare system through a series of reforms aimed at lowering out-of-pocket costs, improving access to preventive care and encouraging new healthcare business models intended to restrain cost growth.

There are two claims here:

Note the carefully worded propaganda machine. Like much from this administration, it is true, but misleading. It is true that Obamacare has brought about fundamental changes to the healthcare system. And it is true that the stated aims of the legislation were to lower costs and improve care. But the article makes it sound as though the changes which have already been experienced some of these well-intentioned aims. Nothing could be further from the truth.

Please, someone tell me one positive change to the healthcare system which has lowered out-of-pocket costs. Tell me some change which has already improved access to preventive care. And since it actively discourages health savings accounts, there is nothing which has encouraged new healthcare business models intended to restrain cost growth.

Perhaps the most damning admission in the article is:

Officials say the government outreach will be covered by about $1.25 billion the administration has scraped from funds within the Department of Health and Human Services (HHS) and the original congressional allocation for implementation.

Republicans in Congress have blocked new money for the effort so they can use its failure as a winning issue in the 2014 congressional midterm election campaign. House Republicans just voted to repeal the law in what was their 37th attempt to kill or defund some part of it.

Please bear in mind that not a single Republican has ever voted for this legislation. The House passed the bill with a 219-212 vote with 34 Democrats voting against. Republicans introduced legislation to repeal it the very next day. Support for legislation continues to decline even among Democrats. And yet the mainstream media pretends it is odd that many of those who actually “support freedom and democracy” still want to move the country away from Socialism and centralized planning and back toward choice and personal responsibility. The legislation is not a fait accompli and we should not just keep calm and give up.

It is also amazing that we can spend $1.25 billion on propaganda efforts when we are facing sequestration and yet another debt crisis.