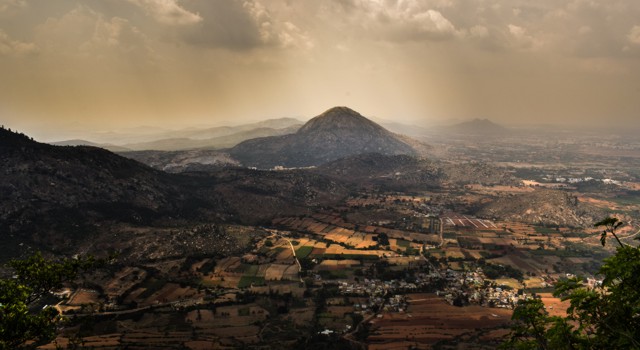 The modern-day Indian republic was born in 1950. During the cold war between the United States and the Soviet Union, India was a prominent nonaligned country. It was highly socialistic with the government exercising control over every aspect of the economy. These restrictive policies caused extremely low growth rates, derisively dubbed the “Hindu rate of growth.”

Not until the late 1980s, when facing deficits and a major balance-of-payment crisis, did Prime Minister Rajiv Gandhi attempt to remove price controls and reduce corporate taxes. Growth increased, but partial freedom just moves economic bottlenecks to the next malfunction of Fabian socialism.

Finally in 1991, Prime Minister Narasimha Rao, along with Finance Minister Manmohan Singh, began to privatize publicly owned industries and to relax government controls in earnest. Since then India has emerged as one of the wealthiest economies in the world. Its recent growth rate of 9.1% is second only to China among the large emerging markets.

India scores 54.2% free in the Heritage Foundation’s Economic Freedom index, making it “mostly unfree.” Although it currently ranks 115 out of 157 countries, it has been improving slowly and steadily since the index began in 1995, gaining 9.1% over those 14 years. But even slow progress counts as progress. According to the study, every percentage point of freedom correlates to a drop in unemployment and inflation and an increase in per capita gross domestic product.

Despite its slow economic improvement, however, India still ranks as mostly unfree. And unfree economies are scandalously wasteful. Indian government enterprises are only about 10% as efficient as the average U.S. output, and private-sector Indian firms attain only 40% of the U.S. level.

Because of globalization, emerging markets today develop much more rapidly. Poor countries like India do not need to reinvent the industrial revolution. They can benefit from the world’s knowledge and experience and double their economies much quicker than it took historically. If industries in India used these best practices in technology today, they could triple their output per worker. But because of its lack of freedom, the country uses only a small portion of the rich store of world knowledge.

Poor countries are poor partially because their companies are not free to choose the best technologies. In India, obtaining a business license requires endless trips to government offices and can take a year or more.

India’s lowest scores in economic freedom correlate directly with its lack of financial freedom. The country has 28 state-owned banks that control three fourths of all loans and deposits. The government also owns nearly every rural and cooperative bank. Banks are forced to lend to those who are deemed priority borrowers. Foreign ownership of banks is severely restricted.

India even legislates a list of items banned from production in large-scale plants. And because such lists are updated regularly, the potential for bribery is rampant. Like other BRIC countries, centralized planning breeds corruption. India ranks 72nd, tied with Brazil and China, out of 179 countries in Transparency International’s Corruption Perceptions Index.

India has a saying for such frustration: “The fence itself grazed through the field.” A fence is intended to stop cattle from grazing on your land. But what if the fence is the culprit? For that problem, you need fewer fences, not more. The best check on greedy people certainly is not to create a whole caste system of government bureaucrats and then tempt them with an overabundance of laws to enforce subjectively.

The United States would do well to learn from this example. Far too often, people react to problems by saying, “There ought to be a law.” Think of the Indian proverb and translate this sentiment to “There ought to be another fence grazing through my field.”

India represents only about 5.6% of the Emerging Market Index. Investments in India have done very well. Although the MSCI India Index is down 12.63% over the past year, this has only pulled the annual average return over the past five years down to 27.25%. India has been volatile but very profitable.

The Indus India Index consists of the 50 Indian stocks selected from a universe of the largest companies listed on two major Indian exchanges. Although mostly energy (28%) and materials (15%), the third and fourth largest sectors are information technology (14%) and telecommunications (8%). These industries represent India’s large knowledge outsourcing.

Many of our primary contacts with India occur when we call there, thinking we are reaching an American company’s help line. At first, India was the butt of help-line jokes. But now the punch line is more likely to be that you knew your tech support person was in India because he spoke English too well and could solve your problem.

We should celebrate how rapidly India is pulling its people out of misery. Globalization enhances people’s welfare to the extent that they participate in the global economy. And the process of globalization is positive even when it empowers abuses and creates sweatshop conditions.

Consider the 100,000 waste pickers in India living on less than a dollar a day who sift through the garbage from Delhi. They recycle about 60% of the city’s plastic, paper, glass and metals and were doing it long before it became commonplace in the United States. The stench from the rotting garbage is overwhelming; there are more flies than you can imagine. Some 300 million Indians, more than the entire population of the United States, live off less than a dollar a day.

To these Indians, a sweatshop is a step up out of the grave. They can work indoors. They can eat. They can earn more money. They can sleep under a roof.

Americans point to abuses of power and supervisors who take advantage of young women. But these abuses are only possible because employment, albeit in a sweatshop, offers the possibility of a better life. Even these abuses show to what extremes workers are willing to go to gain the value created by putting factories in India.

Additionally, American companies have nothing to gain from these abuses. Supervisors who use their position to shake down employees take value from the company. Globalization has brought democratic norms of decency and protection that have raised the treatment of women and untouchables after a long history of victimization under India’s caste system.

Oddly enough, sweatshops may be the only hope for the 100,000 Delhi waste pickers. The landfills they recycle for free produce methane gas. A new waste incinerator is scheduled to be built in Timarpur, a suburb of Delhi, to collect the carbon credits under the Kyoto Protocol. Money gained from carbon credits is the primary motivation, not the environment. Although the incinerator will reduce carbon emissions, it will emit cancer-causing dioxins, mercury, heavy metals and fly ash.

Under Kyoto’s Clean Development Mechanism, carbon credits generated in a poor country can be sold to a rich country and count toward the latter’s emissions reductions. Oddly enough, this policy encourages the dirtiest industries and makes them more profitable. Slight improvements there can generate large credits, which the cleanest industries subsequently buy because they have trouble improving their own carbon emissions. As much as it doesn’t make economic sense, Kyoto makes the cleanest industries subsidize the dirtiest.

It is already evident that Kyoto is positioned to make billionaires out of eco-traders and marginal corporations that can make coal-fired power plants slightly more fuel efficient or capture waste heat from steel plants. With great power comes great exploitation. It is difficult to imagine that carbon traders are interested in improving human suffering when millions of dollars are at stake and the World Bank is handling deals and collecting a 13% commission on every trade.

Real trade benefits real people. The unanticipated outcome of Kyoto may simply be to eliminate employment for Delhi’s extreme poor. If India continues its progress toward freedom, foreign investment could do well by doing good. We can only hope more sweatshops than fences are built in place of the landfills.

Photo by hash whole.studios on Unsplash