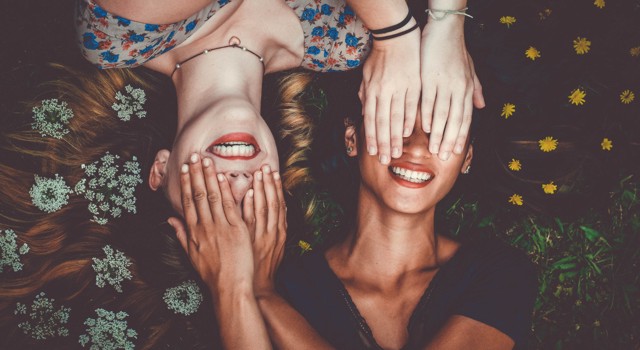 Many people support the ideal of universal health care insurance coverage. The utopian heart beats strong and steady. But once the incision is made, there is no turning back. And without a clear understanding of economics, our experimental treatment may kill Uncle Sam.

The knee-jerk reaction of liberals to the rubber hammer of health care is the simplistic mantra “Everyone should be covered” or “The government should pay for everyone.” Whether 46 million are uninsured or just one individual, anything less than universal coverage is simply unacceptable to them.

Conservatives, in contrast, whittle the number down. About 6.4 million people are on Medicaid or SCHIP (State Children’s Health Insurance Program) but tell the census taker they are uninsured. Another 4.3 million are eligible and would be automatically enrolled after visiting a clinic or emergency room. Both groups are protected from risk and do not need more coverage.

Another 9.3 million are not American citizens. The law currently covers them for emergency care while they are in the United States. Debate is ongoing whether they should qualify for full medical insurance even if they are undocumented and pay no taxes.

Another 10.1 million have incomes more than triple the federal poverty level. Even people at the poverty level live better than the average American did in 1960 and more comfortably than 90% of the world today. For a family of four, three times the poverty level is $66,150.

About 5 million are healthy adults with no dependent children between 18 and 34. They have ruled out health insurance coverage as too expensive. The current proposals limit how much insurers can set their premiums based on age. The limit is two times, which discriminates against younger adults. Nothing makes sense about charging a 19-year-old half as much as a 91-year-old. Well-intentioned statism steals from struggling young people and lines the coffers of the wealthy AARP lobby.

So we are left with 10.6 million uninsured U.S. citizens with children who live three times below the poverty level – for example, a family of four earning less than $66,150 a year.

These are the heart-wrenching stories. Imagine a young middle-class family without health insurance whose child suddenly needs tens or even hundreds of thousands of dollars of medical care. They can’t qualify for assistance, but their son or daughter’s future depends on getting expensive treatments immediately. That’s the poster child for universal coverage.

The compromise for conservatives is to agree as a society that we can afford to make catastrophic coverage mandatory. Americans are generally compassionate and will try to pay after the fact. But if America’s generosity insulates people from this risk, they won’t feel the need to buy insurance. So in fairness everyone must be required to buy coverage ahead of time.

The compromise for liberals is to agree that we are not going to provide an entitlement program for the first aspirin purchased. We are building a safety net, not a hammock.

Insurance only makes sense for extremely expensive and unlikely scenarios. It is never advisable for everyday events.

Here is the perfect analogy: compare insurance that tries to cover the first dollar of health care to the idea of grocery store insurance.

Imagine the average family of four spends $100 a week on groceries, $25 per person. Now think about implementing universal grocery insurance for everyone.

There is no way weekly premiums would be less than $25 per person. They would have to cover the cost of insurance administration and reimbursement. At checkout you would be obliged to show your card and have your insurance numbers recorded. Each item would need to be coded to qualify for reimbursement. Shaving cream would be disallowed. Organic vegetables would only be reimbursed at the generic rate. A dietician would have to certify the tuna is for human, not feline consumption.

Coverage for a week’s worth of groceries would quickly rise from $100 to $200 a week. Then $300. Then $500. Soon many people couldn’t afford grocery coverage and would drop out of the system. They would have to grow their own vegetables and raise chickens. Those who paid in cash would subsidize the collection costs of those with insurance.

Pressure would increase to lower grocery costs. The government would implement price controls. But you can’t reduce costs simply by refusing to pay. Shortages and rationing would ensue.

Those who regularly ate steak would be denied. Families who normally made do with hamburger would start eating the maximum reimbursable amount of filet mignon. Vegetarians would get the meat anyway and trade it for organic food on the black market. Parents of children with allergies would demand expensive gluten-free options. Grocery fraud would be rampant.

Grocery stores would no longer be able to price items. “It depends,” clerks would answer. “Ask your insurance company.” Shoppers wouldn’t care as long as lobster was covered once a quarter.

Older women who ate sparingly would subsidize teenage boys. The obese would take advantage of items that were unlimited allowances. All of the restraint imposed by economic forces would be lost.

Clearly, insurance never works for frequent events with moderate costs. But unfortunately it typifies the style of government-imposed health insurance on the industry. Hundreds of regular expenses are required by law. Each one comes with a nominal co-payment that fails to deter its use.

Insurance should be used to limit catastrophic risk, not to pool everyday expenses. Affordable medical insurance should have a high deductible. Then out-of-pocket expenses below the deductible would provide sufficient negative feedback to prevent skyrocketing insurance costs. We have just such an economic trial right now that appears very promising.

If you support universal coverage, consider Health Savings Accounts (HSAs). Thus far, the results of HSAs are surprising and may actually be a miracle cure for America’s health-care crisis.

As long as funds are saved and spent on qualified medical expenses, all contributions, capital gains and withdrawals related to an HSA remain untaxed. And HSAs come complete with debit cards and checks.

To protect you against catastrophic medical expenses, HSAs are coupled with a High Deductible Health Plan (HDHP), a minimum of $1,150 for individuals and $2,300 for families. Once the deductible is met, HSA-eligible HDHP plans cover 100% of most medical expenses.

Of course, these deductibles are significant. The minimum deductible for a family is $2,300; the maximum is $11,600. That’s a lot of money for a struggling family, but it isn’t crippling. People hemorrhaging hundreds of thousands of dollars won’t mind losing a few pints of blood instead. They will consider themselves blessed.

Utopian liberals are willing to sacrifice the negative feedback of the first dollar coming out of pocket to fund that dollar for the truly needy. This is madness. Don’t break the system for the 80% of Americans who can afford to self-insure the deductible.

Utopians also suggest that automatically paying for routine health maintenance reduces the costs of health care. But annual checkups still cost more than they save. And if they are cost effective, let the insurance companies offer discounts on the cost of the HDHP if patients pay out of pocket for annual checkups. The less government tries to make those decisions, the better.

The good news is that HSA-eligible HDHP premiums are considerably less expensive than the cost of a traditional medical insurance plan. If you want universal coverage, demand Health Savings Accounts with high deductibles. Let’s agree we can solve the problem without a grand government takeover of health care.

Photo by Sam Manns on Unsplash